As early voting wraps up, Minneapolis gears up for results of controversial ballot issues

Early voting in Hennepin County is running far ahead of the last odd-year elections in 2017 and could lead to record turnout in 2021.

Polls at the early voting center in Minneapolis still had a line out the door when the center officially closed at 5 p.m. Monday. Those already in line were allowed to stay and cast their votes.

"We are up over 75% in terms of absentee turnout from four years ago," Hennepin County Elections Manager Ginny Gelms said. "Now, this isn’t that surprising to me because we did see quite a high level of absentee voting activity in the 2020 election cycle owing to the pandemic."

Before voting resumed Monday morning, 37,700 votes had already been cast in-person or by mail with one day still to go. That compares to 21,000 early votes cast during the entire 2017 election year. 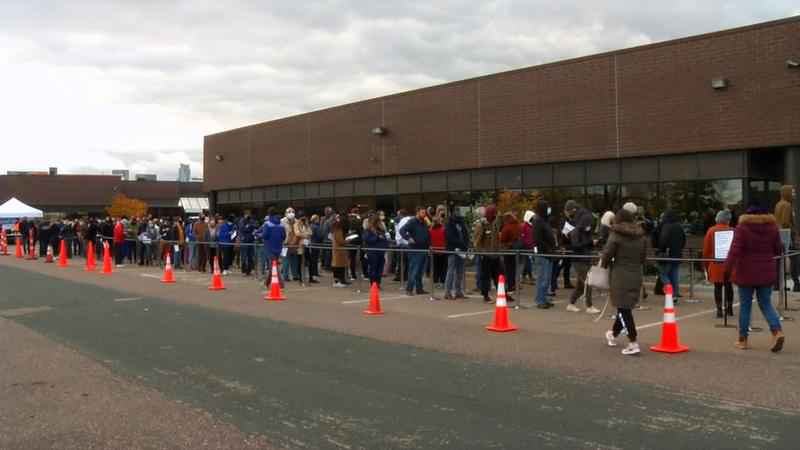 Voters wait in line outside the Minneapolis Elections & Voter Services building to cast their ballots on the last day of early voting, Monday, Nov. 1, 2021. Elections officials had counted 37,700 early ballots cast in Minneapolis before the polls opened on Monday.[KSTP]

Those votes include all of Hennepin County, but a crowded mayor’s race and three controversial ballot issues in Minneapolis appear to be driving the high turnout.

Polls open again on Election Day in Minneapolis and many other cities at 7 a.m. Tuesday and remain open until 8 p.m.