An organization that represents vendors of amusement and arcade games that operate in hundreds of bars and restaurants around the state filed a lawsuit against the state of Minnesota on Thursday.

Minnesota Operators of Music and Amusements (MOMA) has the support of many large restaurant and entertainment centers that rely on darts, billiards, arcade games and bowling to draw customers.

The group is specifically targeting the 11 p.m. closing time ordered by Gov. Tim Walz, even though he recently extended that from 10 p.m.

"Every hour that we can be open matters," said Dan Lieberman, of MOMA. "Not only to MOMA members but also to our bar and restaurant customers."

The group held a news conference at Park Tavern in St. Louis Park, a large establishment that relies heavily on games and amusements to bring in customers. 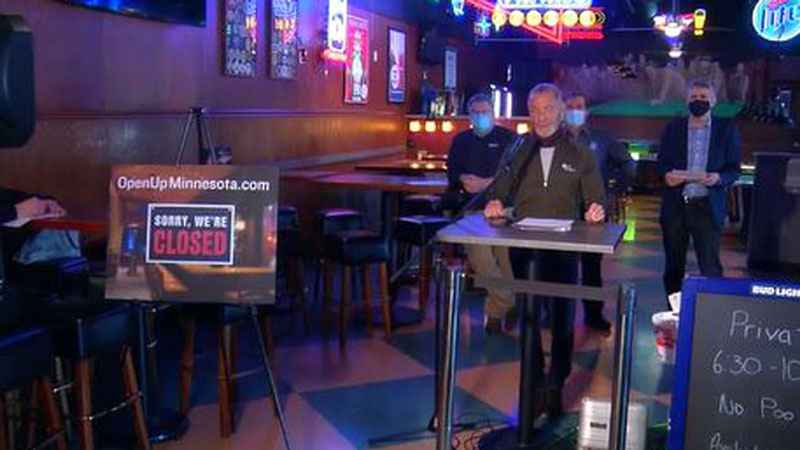 "We will survive this," he added, even though he said his revenue is down about $2 million. "We will get through this, but a lot of people won’t. And we need to all be in this together and I would just like to see something happen to give us a little bit more breathing room going forward."

The governor didn’t comment on the lawsuit Thursday. However, Walz said, as the vaccination rollout continues, he will ease restrictions on bars, restaurants and other small businesses.