It’s the last day of Minneapolis’ Aquatennial celebration, and as is customary, it is going out with a bang.

This year, with the Third Avenue Bridge under construction, the Aquatennial Target Firework Show will be launched from the Stone Arch Bridge. It takes at least four days of setup and more than four months of technical pyro choreography.

"We’re doing what we’re terming the ‘Aquatennial Arch’ this year. We’ve got pyro on a big truss arch and it’s going to give a look from the endpoint that gives a really broad and sweeping arch effect," said Zach Taminosian, creative director with Zambelli Fireworks.

The entire show is electronically fired using a computer and is perfectly choreographed to music, down to the hundredth or even one-thousandth of a second. The entire show has more than 2,500 individual firing cues; for each cue, there are anywhere from three to 50 or more fireworks launched.

"When we looked at the design for this, we decided to use more angled racks to orient the show so it looks good from either the broad side or the endpoint presentation, so we put a lot of time and thought into making sure every angle it could be viewed at could be a spectacular show," Taminosian said. 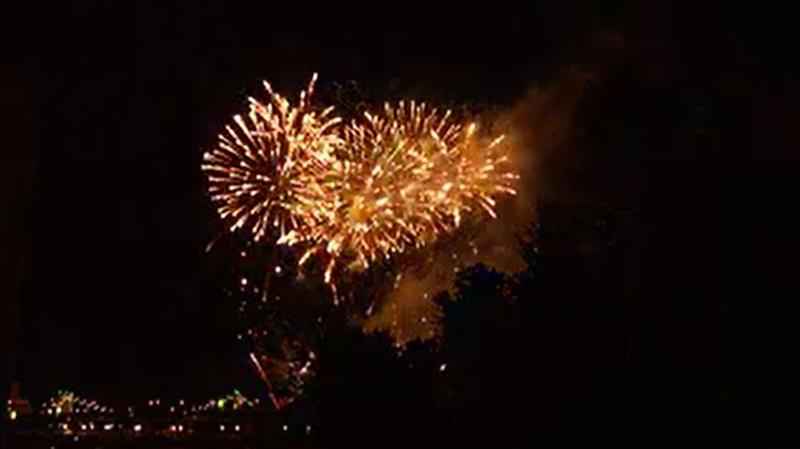