Minneapolis is seeing a spike in emergency calls about dogs left in hot cars during the extreme heat this week.

Minneapolis Animal Care and Control has received 12 complaints about animals left unattended in vehicles, which is almost double the number from the same time last year.

"It does take a toll on us. No person wants to see an animal suffer," Animal Control Officer Faith Randal said. "If you love your pet, keep it out of danger and keep your animal at home."

Randal demonstrated how dangerous the conditions can get, using an infrared digital thermometer to check the internal temperature of a vehicle Wednesday morning. The air temperature was approximately 80 degrees while the temperature inside an SUV registered at more than 100 degrees.

"The temperatures inside of that vehicle can rise just in minutes," Randal said. "You may go into a store for a quick coffee. Sometimes a minute turns into five, turns into 10, can turn into an hour and your animal is then sitting there suffering because of you." 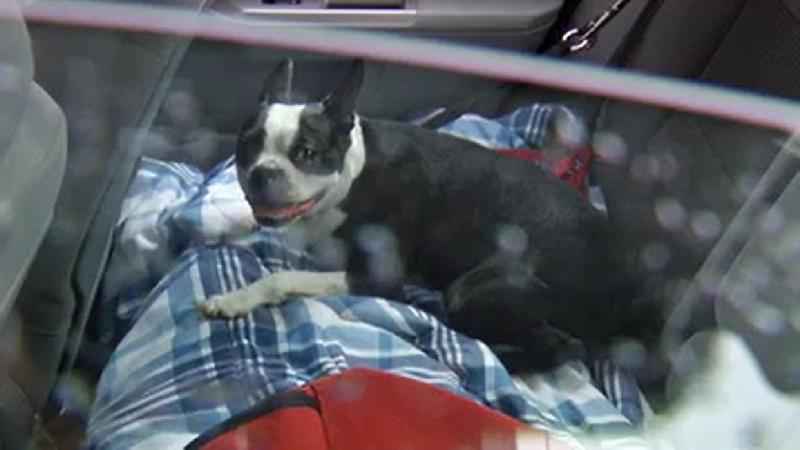 In Minneapolis, first responders and humane agents are allowed to break the window of a vehicle to rescue an animal that may be endangered. Those in violation are responsible for the costs and fees regarding the care of the animal and damages resulting from the rescue. According to the city, that could result in hundreds, even thousands of dollars in costs:

"Sometimes it can also cost you your pet’s life," Randal said.

She said animal control officers recently found an animal running at large in the city. The animal suffered heatstroke and later died.

"We do want people to immediately call 911 if they do see an animal in distress because we want to get there as fast as we can to help that animal out," Randal said.