An Edina man is on a mission, shuttling medical supplies from Poland to Ukraine

For more than a month now, Peter Nordquist’s life has been on the road.

But not just any road.

“I was watching all the news reports of innocent people in Ukraine getting blown to smithereens,” Nordquist told 5 EYEWITNESS NEWS. “After six weeks of that, I was heartbroken.”

Nordquist, 66, from Edina, drives hundreds of miles crisscrossing back and forth between Poland and Ukraine three times a week.

He spends his days collecting donated medical supplies in Warsaw, then shuttling them to cities like Lviv and Ivano-Frankivsk. 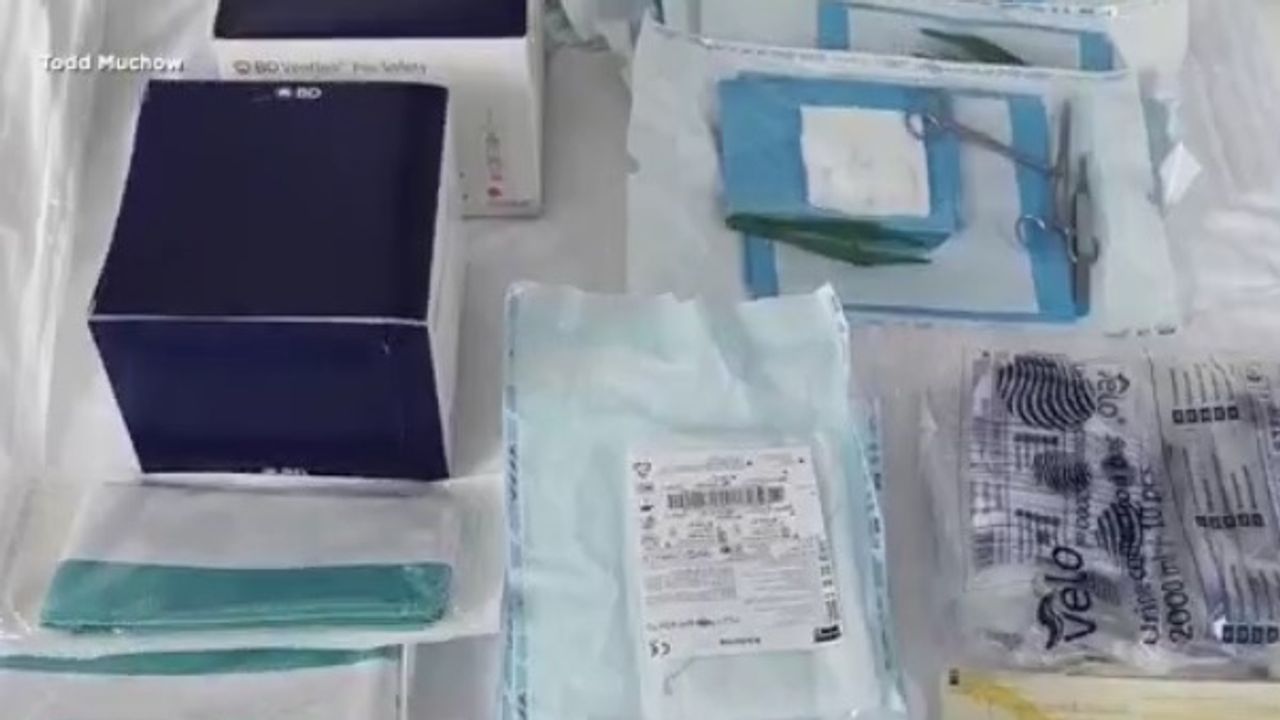 Nordquist says the need is desperate.

“Everybody from those war zones is flocking just in droves into central Ukraine,” he explains. “The hospital we’re working with, for instance, has taken in 30% more patients than they have supplies for.”

Retired from a food packaging business, Nordquist says he had the time and opportunity to help.

“I sent out maybe 100 emails to friends and family and neighbors in Minneapolis and Bemidji, and a handful of people have contacts in hospitals,” he recalled.

Among those who responded is John Lueth, a Bemidji dentist who heard about Nordquist’s mission from a friend.

He and his colleagues at the dental practice donated $1,500 to help purchase medical supplies in Europe — after finding that shipping them overseas themselves would have been cost-prohibitive.

“I think it’s great, I applaud him for that, for his willingness to volunteer,” Lueth declared. “This is a little bit of a crucible, not just in Ukraine, but it seems there are stresses in other European countries as well. It’s time to step up and do what we can.”

Nordquist says by April 4 he had purchased a plane ticket and arrived in Warsaw.

He says he was inspired by the story of Mark Lundquist — a U.S. Air Force veteran from Moorhead — who started a humanitarian aid effort at the end of March.

“If you can deliver supplies in medical equipment and so forth if you’re willing to go into central Ukraine, that would be a really good way to assist,” Nordquist says. “And so that’s what I’m here doing.”

The humanitarian aid effort comes as a United Nations report says 5.7 million people have fled Ukraine since the start of the Russian invasion on February 24.

That’s roughly the same number of people living in Minnesota.

Nordquist says after collecting hospital supplies, he uses a minivan to make deliveries.

The trips are not short. The drive from Warsaw to Lviv, for example, is 247 miles.

He said he often delivers medical supplies to where Lundquist has set up a collection point.

But it appears volunteers are stepping up.

“It’s very difficult to move those supplies from southeastern Poland into where it’s needed in Ukraine because the Russians are bombing the railroads,” Nordquist said. “There are hundreds, even a few thousand individuals that have said they’re going to come and drive cars, and load up as much as they can, and get stuff in there.”

Along the way, he’s getting some sense of what it’s like to spend time in a country at war, and his admiration for the Ukrainian people increases day by day.

“Along with the Ukrainian loudspeakers, the sirens come up again. So we know there’s a missile somewhere nearby. And that’s just an eerie feeling,” Nordquist said quietly. “They know that if a missile hits, that’s it. But they go about their business, and their resolve is strong, and they want to stay here.”

He says he’s established a supply network that includes hospitals and refugee centers in his travels.

Ivano-Frankivsk, in western Ukraine, is a frequent stop.

“I try to bring items for the refugee center at the Catholic parish, and then I spend another day or two working with the hospital, bringing them goods that they need,” Nordquist notes.

He says he’s proud of the work his fellow Minnesotan is doing in Ukraine.

“This has echoes of that kind of disappointment and aggression,” Lueth said. “Lots of innocent people, I feel bad for … and maybe in some small way we can help a little bit.”

Nordquist said he’s planning to continue working in Poland and Ukraine until May 21. He noted he’d extended his stay twice already.

So, some difficult choices ahead.

“Very grateful for people that are helping us help the Ukrainians, even if I haven’t met them,” Nordquist says. “We meet more people, we hear stories, and the stories are like out of a movie, you wouldn’t believe it. So you want to help. If you know that people back home are supporting you, it’s hard to leave when you know you can be of good use.”