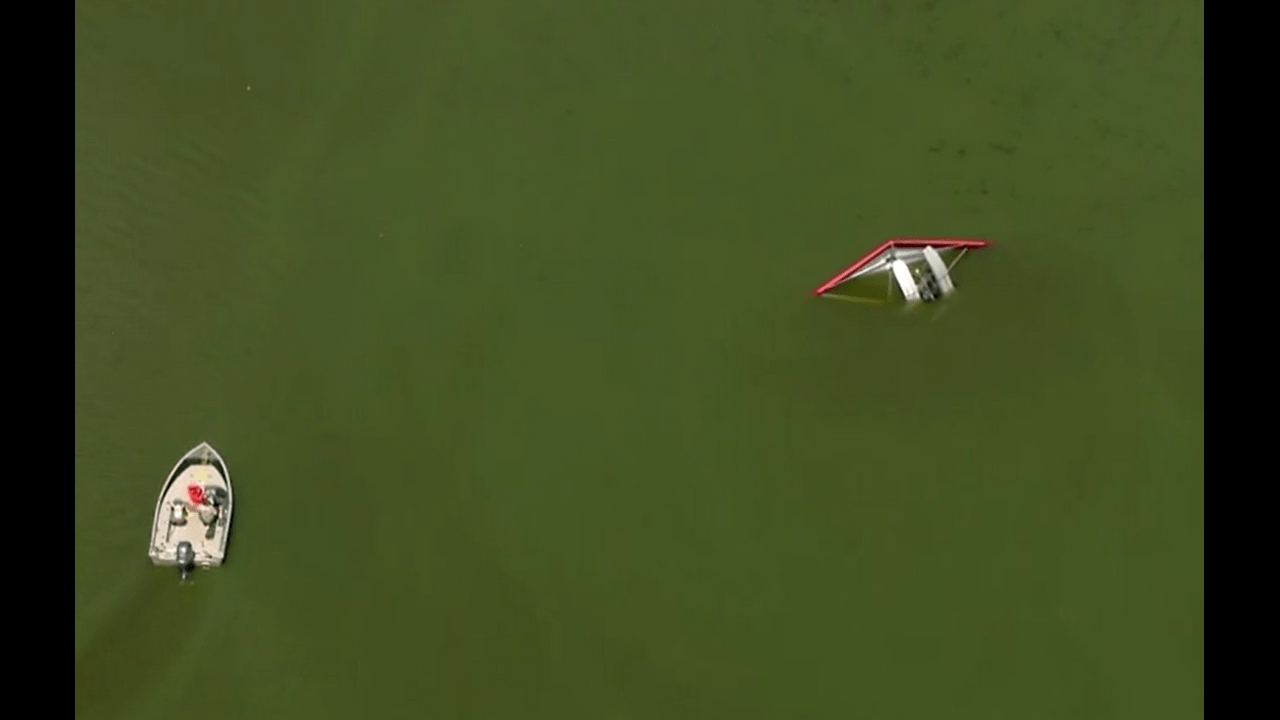 Chopper 5 captured the scene of the accident on Clear Lake in Le Sueur County.

Authorities responded to the lake in Lexington Township shortly before 2 p.m. and found that the pilot, and lone occupant of the aircraft, had been rescued by fishermen.

The pilot, 60-year-old Jay Douglas Ugland of Le Sueur, had injuries not considered to be life-threatening and was taken by North Air Care to an area hospital in a helicopter.

Investigating deputies determined that the aircraft was a powered hang glider with attached pontoon floats to enable water take-off and landing.

The crash remains under investigation, and no further details are available at this time.