The images and video coming in from hurricane-ravaged Florida are unsparing.

In Naples, streets are like rivers, with fallen power lines sparking fires.

Authorities say more than 2.5-million Floridians were told to evacuate — and now some of those who chose to stay, need rescuing from first responders.

“I was watching all the National Hurricane Center maps,” says Laurie Holasek, from Minnetonka. “Oh my God, my house is going to be under six to nine feet of water storm surge.” 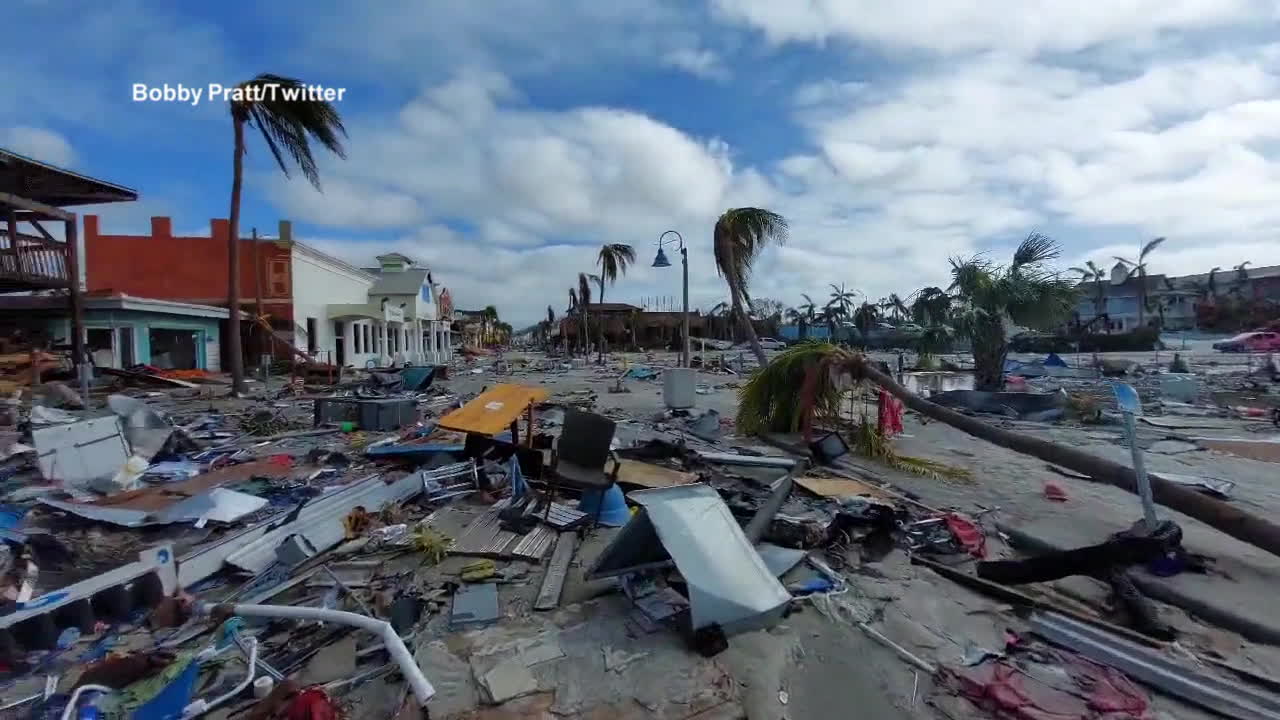 The destruction left behind by Hurricane Ian (FILE).

Holasek says she brought a home in Naples in March 2021.

Miraculously, it was untouched by the storm.

Not the case with several of her Florida friends.

“She was talking to me and she said my car just floated away,” Holasek recalls. “And she’s a very strong person, too, and she was in tears, and she goes, ‘I can’t believe this is happening.'”

Southwest Florida communities like Fort Myers, Naples, and Cape Coral — where many Minnesotans own homes or take vacations — were in the bullseye of Ian.

Florida governor Ron DeSantis has declared a state of emergency.

“You’re staring down the barrel of a hurricane making landfall at 150 miles per hour,” he told reporters. “This is not anything anyone wanted to deal with. You go back seventy-two hours before landfall, most of southwest Florida was not even in the cone.”

The National Hurricane Center says the cone “represents the probable track of the storm center” — but does not show the size of a storm.

Ian smashed boats along beaches, and tore the roofs of countless homes.

It happened to another friend of Holasek’s.

“Her house, half the roof blew off. Her clothes are scattered all over the lawn,” she says. “Even the people who’ve been in Florida, she’s been in Florida for twenty to thirty years — are shocked at the amount of devastation this one did.”

Some have lost everything.

In Orlando, rescue crews are evacuating seniors from nursing homes and using boats to retrieve others who stayed home.

“We weren’t prepared for this,” says Joe Orlandini, who thought his family could tough it out. “Quite a storm of this magnitude. We were hoping it would dodge us, and it didn’t. It got worse.”

FEMA urban search and rescue teams are checking homes and gathering information about buildings impacted by the storm.

DeSantis says there have been 700 confirmed rescues so far.

That included Joseph Agboona, pulled out from his flooded home.

“It’s almost to the window,” he says. “So we don’t know how the conditions are going to be when we get back. It’s so bad. We don’t know what to do.”

Holasek says she’s letting Florida friends to shelter at her Naples home, if they need a place to stay.

She’s praying, she says, for friends and others in the storm’s path. “I probably have more friends down there than up here now,” Holasek says quietly. “And my heart goes out to you guys, because I know how tough it can be.”