2 tornadoes touch down in Minnesota, North Dakota over the weekend 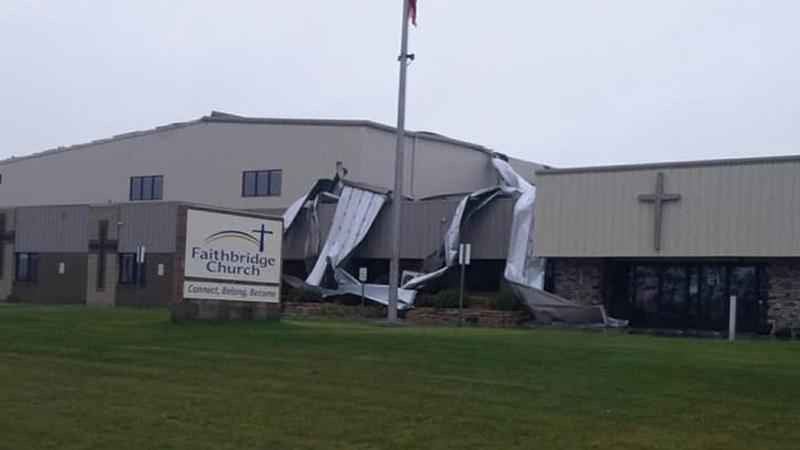 Two tornadoes — one each in Park Rapids, Minnesota and the Grand Forks area of North Dakota — touched down this past weekend and brought a path of damage with it.

A Park Rapids Ford car dealership showed photos of damage from the storms that passed through on their Facebook page. Parts of the roof had blown off the business. No one was hurt however, as the dealership was closed when the storm hit. Other businesses were also impacted by the EF-1 tornado in Park Rapids.

A church also posted some photos of damage sustained by the twister.

The National Weather Service said winds peaked at about 100 miles per hour for the Park Rapids tornado on Saturday. The width of the tornado was about 150 yards. No injuries or deaths resulted from the storm.

Another tornado that popped up in North Dakota, specifically touching down in Lidgerwood, brought on 70 mile per hour winds and was about 50 yards wide. This EF-0 tornado did not cause any injuries or deaths.