Multiple people were injured in a school bus crash with students on board Friday afternoon in New Brighton, according to law enforcement.

At 4 p.m., multiple police departments and fire crews responded to a collision between a school bus and a vehicle in the 400 block of West County Road D, according to the New Brighton Department of Public Safety.

The van’s driver was injured and trapped inside his vehicle, requiring fire crews to extricate him. He was taken to North Memorial Health Hospital.

There were 21 Mounds View High School students on the school bus, according to NBDPS. One student was taken to the hospital with non-life-threatening injuries. 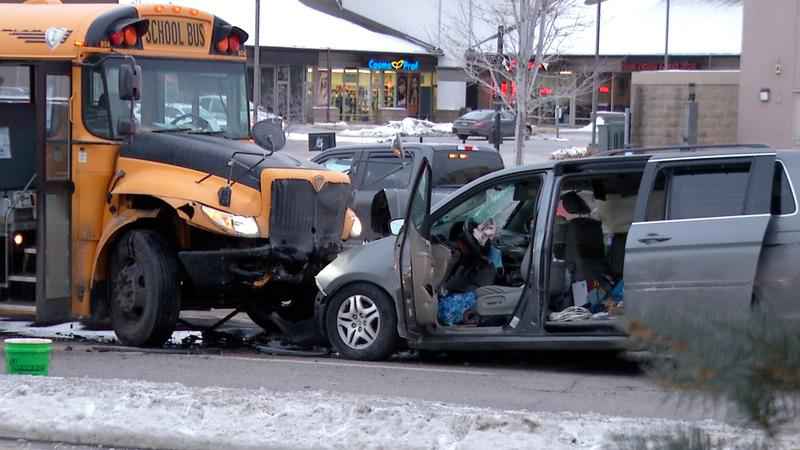 Due to the extreme cold, the other students were taken to a nearby office building until they were picked up by their family members or another school bus. Mounds View Public Schools staff members also came to the scene and helped care for students until parents were able to collect them.

The Minnesota State Patrol responded to the crash and will perform accident reconstruction.