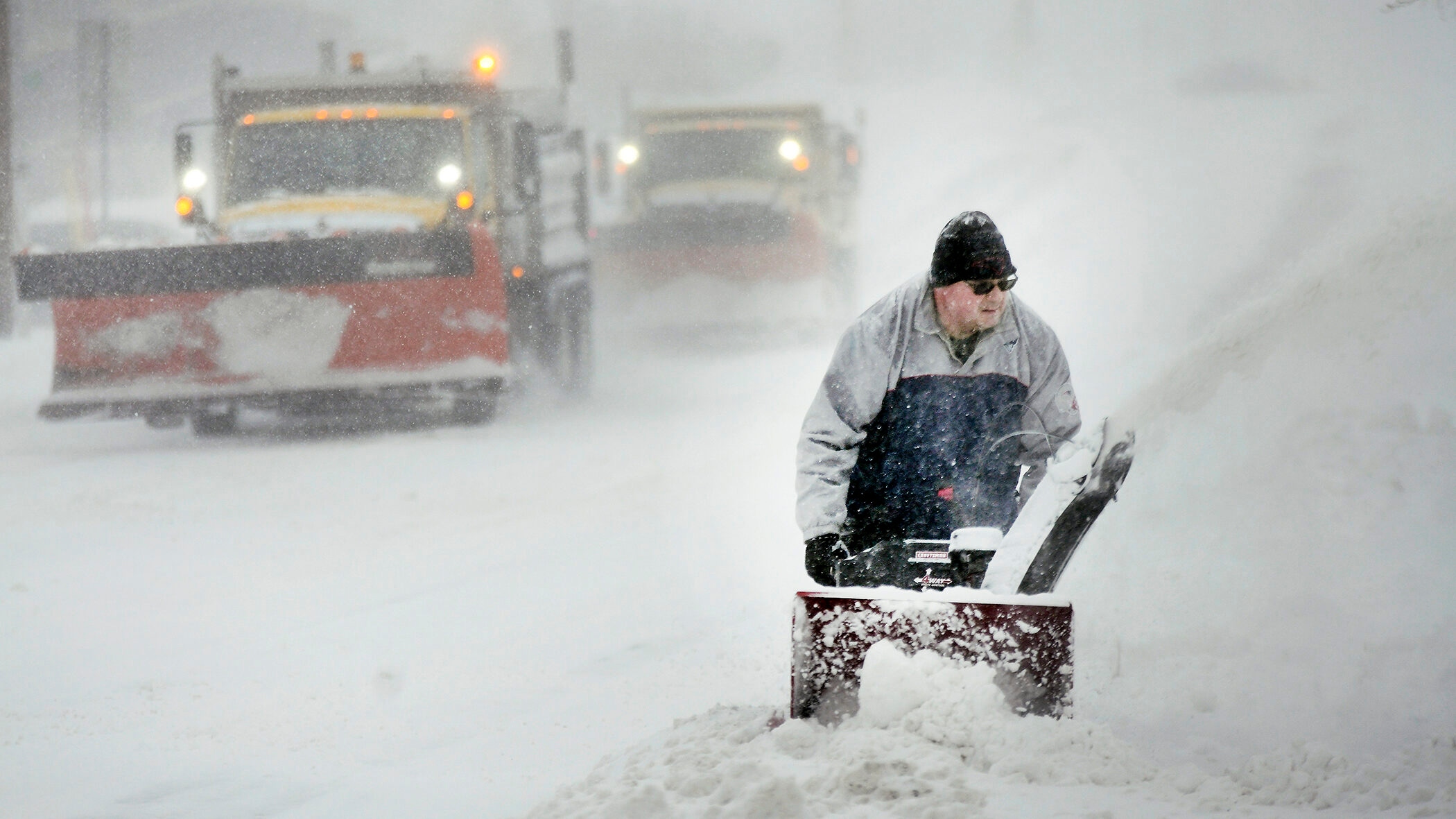 John Gagnon uses a snow blower to clear his property as city plows drive past on East Divide Avenue during a blizzard in Bismarck, N.D., on Thursday, Nov. 10, 2022. The first winter storm of the season to blast off from the Rockies is unloading its energy primarily in North Dakota. (Mike McCleary/The Bismarck Tribune via AP)

A wintry storm that made its way east from the Rockies Thursday left parts of the Dakotas with significant snowfall Friday.

The National Weather Service’s Bismarck office reported 17 inches of snow had fallen at the airport.

A no-travel advisory has since been lifted, though officials advised continuing to exercise caution on roads.

Those headed north for weekend hunting had to prepare for slick road conditions.

The Minnesota State Patrol reported troopers responded to a few crashes due to ice-covered roads, particularly near Moorhead.