1-on-1 with Walz: New mask mandate unlikely, Thompson should resign

Governor Tim Walz says even though COVID-19 cases are rising sharply in Minnesota, he’s not likely to request a new statewide mask mandate.

"I think it would be counterproductive," he said in an interview recorded for "At Issue with Tom Hauser." "The reality of it is it became hugely polarized. The [Centers for Disease Control and Prevention] and Minnesota Department of Health are very clear about this. We need to be masking. We need to be masking in schools. That’s our guidance to them. We need to get folks vaccinated, but I’m going to need the help of the legislature to do this. I think getting back into that political debate…is counterproductive."

In a wide-ranging interview, the governor also said his position on DFL Representative John Thompson has not changed. He says Thompson should resign.

"I still think that the situation warrants that we have to be held to a higher standard," he said of Thompson. "This is in the hands of the House to be able to discipline or, in this case, ask for the removal. I have not changed my position on that." 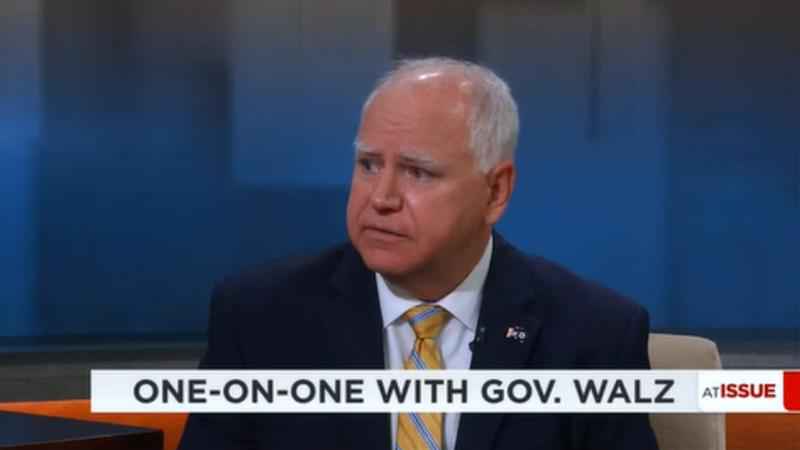 The governor, House Speaker Melissa Hortman and DFL Party Chair Ken Martin all called for Thompson’s resignation in July after police and court records over several years indicated credible allegations of domestic abuse crimes. Thompson was not convicted of domestic abuse in the cases.

The governor also talked about Minnesota troops in Afghanistan and why he opposes a ballot measure that would eliminate the Minneapolis Police Department and replace it with a "public safety" department.

You can see the entire interview at 10 a.m. Sunday on "At Issue."