Authorities say one person is dead following a crash Tuesday evening in Ramsey.

According to the Anoka County Sheriff’s Office, multiple departments responded to the area of Bunker Lake Blvd. NW and Sunfish Lake Blvd. NW shortly before 8 p.m. Tuesday for a report of a crash with serious injuries.

Authorities say the driver of the Camry, identified only as a man, is in critical condition at an area hospital.

Meanwhile, the driver of the Grand Cherokee, identified only as a woman, was hospitalized with non-life threatening injuries. 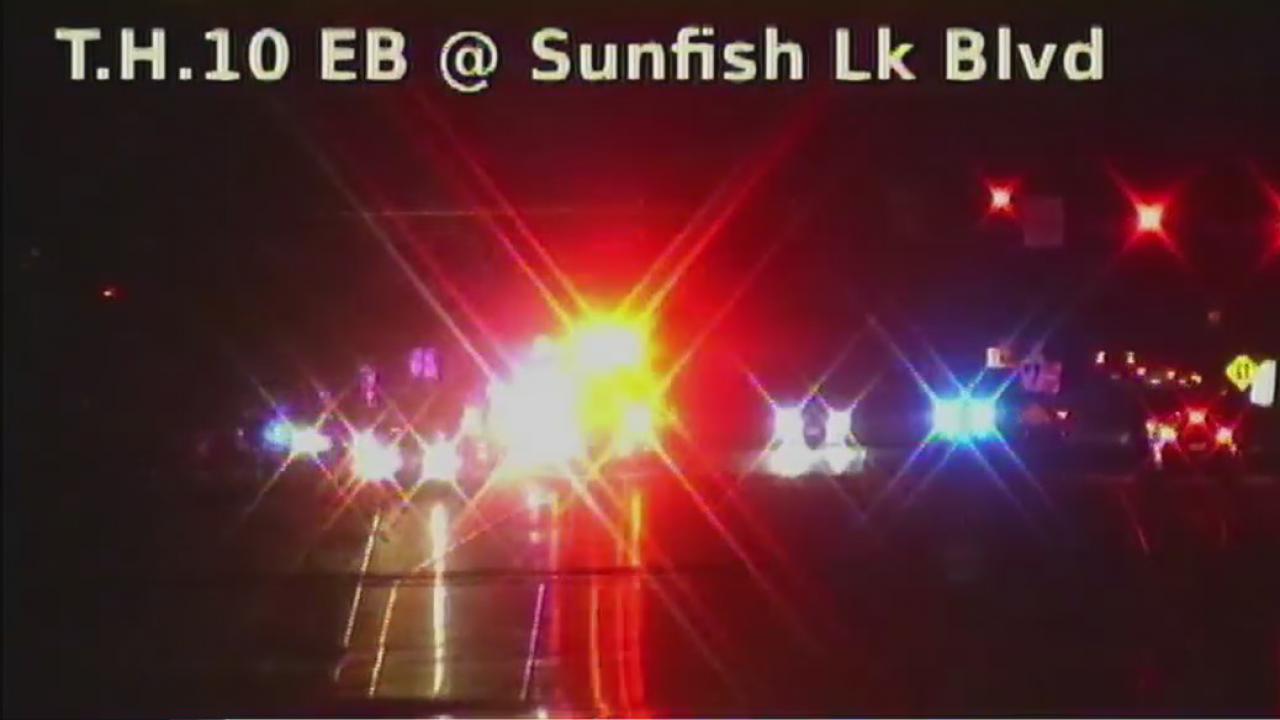 A MnDOT traffic camera shows first responders at the scene of a fatal crash in Ramsey on Tuesday, May 17, 2022.

Her passenger, also identified as a woman, was taken to an area hospital, where she died.

The victim’s name hasn’t been released as of this time due to family notification.

No other details were immediately available regarding what led up to, or caused, the crash. Authorities are still working on reconstructing the crash.