5 EYEWITNESS NEWS is working to learn more about what started a massive house fire in south Minneapolis early Monday.

The fire happened at a residence along Clinton Avenue near East Diamond Lake Road.

When 5 EYEWITNESS NEWS arrived at the scene at about 2:30 a.m., the home was completely engulfed in flames.

When fire crews arrived at the scene, they were told the man and woman inside were able to get out. The woman’s head was burned and had to be treated. Both residents were taken to a nearby hospital.

The fire was so intense that crews had to start attacking it from outside and ended up calling additional trucks for backup. 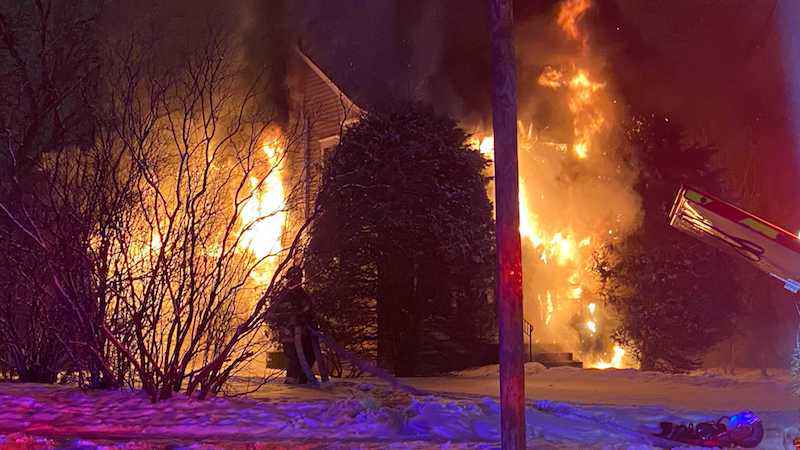 The Red Cross was also called to help the residents.

Stay with 5 EYEWITNESS NEWS Morning and KSTP.com for updates.