According to police, officers who were in the area reported a fight had started in a business located on 4th Street North and had begun extending outside shortly after 1:30 a.m.

As other officers arrived, the fight then escalated to gunfire, however, the Minneapolis Police Department says no officers fired shots.

Officials say one man died from a gunshot wound, while two other men were injured. His death marks the city’s 50th homicide of the year.

The man’s name and cause of death will be released at a later time by the medical examiner’s office. 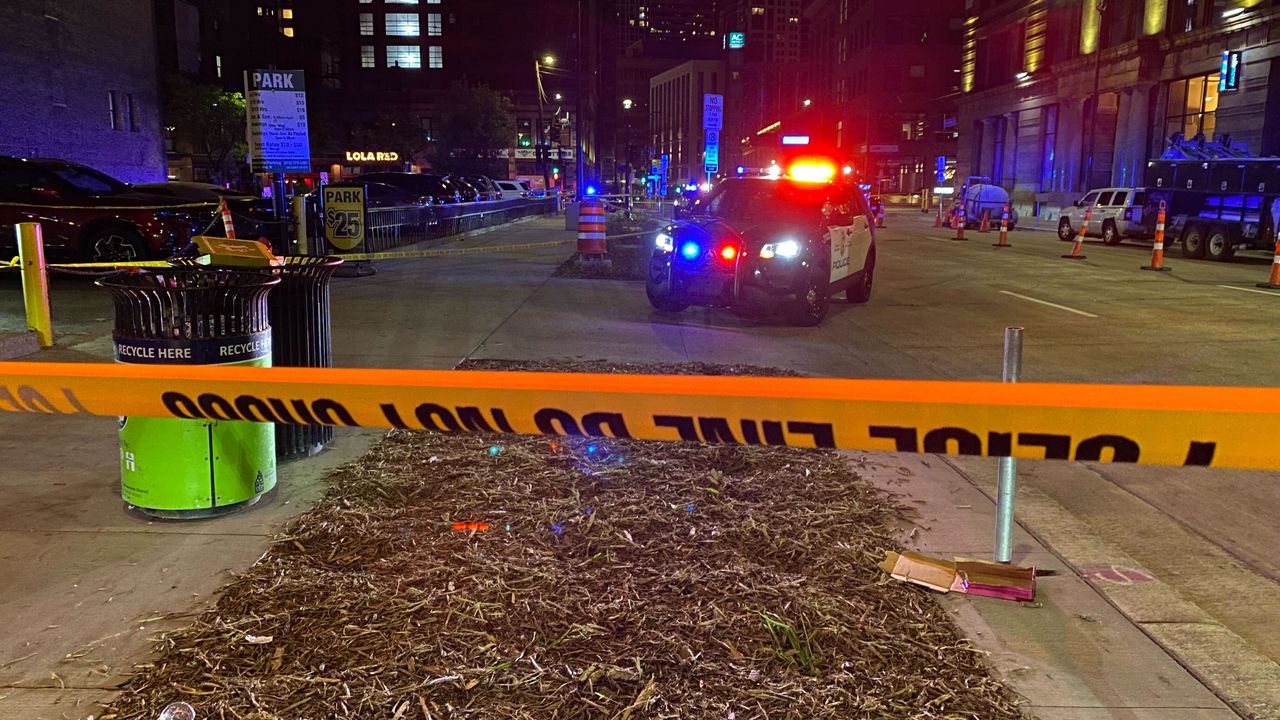 Police on the scene of a fatal shooting near 1st Avenue North and 4th Street North in Minneapolis the morning of Thursday, July 28, 2022. Credit: Jeff Ernewein/KSTP

One of the injured men was identified as being in his 40s, and had what are described as “multiple potentially life-threatening gunshot wounds.” The age of the second man wasn’t immediately released, but officers did say he had apparent non-life-threatening injuries caused by gunfire.

Both men were then hospitalized, and officers began crowd control.

Officers say they recovered a gun when one man was arrested, and found another gun at the scene.

Anyone with information about the shooting is asked to contact CrimeStoppers either online, or by calling 1-800-222-TIPS.