The Minnesota housing market has been hot for nearly two years now. According to data from Minnesota Realtors, the median sales price in February 2022 was about $50,000 higher than in 2020.

Despite a cool down last fall, home prices remain high, and mortgage rates are growing.

“It’s gotten so much more competitive right now,” said Pittman. “Watching the price of houses going up over the past couple of years just in general and knowing if we don’t get one soon, interest rates going up with housing prices going up, it’s just going to be a lot more money.”

They’ve put in a couple of offers for homes west and northwest of the Twin Cities. 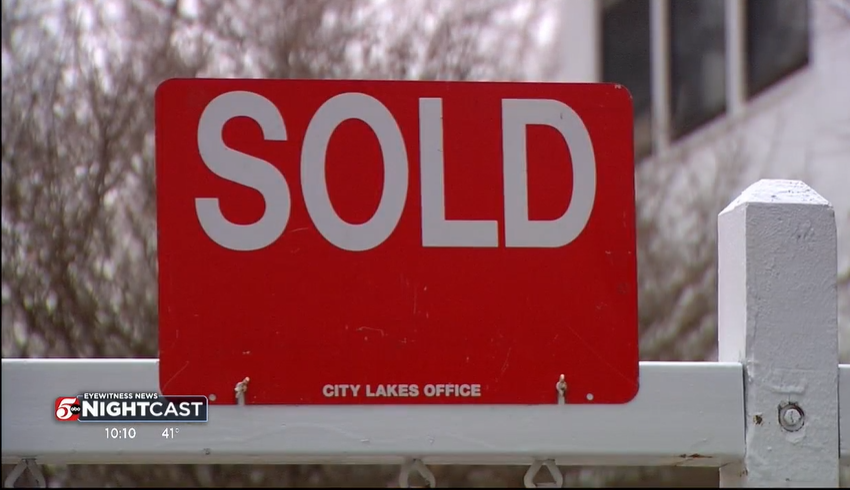 “Finding the balance of let’s not rush into it and get something we don’t really love but also we don’t want to over-pay, but we want to get in there as soon as possible before interest rates rise,” said Pittman.

Mortgage rates have increased just in the month they’ve been looking.

“It was 3.7 something around there, and the last offer we put in on the house was 4.25, so it’s already increased,” said Ely.

Last week, Realtors Jennifer and Sean Dunn told 5 EYEWITNESS NEWS that they didn’t anticipate rates would rise to 4.25 percent so quickly. In an update on Thursday, they told us rates have continued to grow, and they’re now seeing 4.5 percent.

“The higher an interest rate goes, the less purchasing power they have,” said Jennifer Dunn. “Where they might have qualified for $450,000 at 4 percent, maybe at 5 percent we’re now looking at a $400,000 home.”

The Dunn’s explained it would likely affect lower-income buyers and those who have tight budgets. The extra percentage points can make a big difference in a buyer’s monthly payment and timeline.

“That interest rate bump is going to be very significant,” said Sean Dunn. “That’s really going to put pressure on them to buy now before it even goes up more or just disqualify them for the time being.”

As realtors, they’ve tracked interest rates over time. Even with the recent increases, rates are still relatively low compared to years past. The last time mortgage rates surpassed 4 percent was in 2019, and rates peaked at nearly 20 percent in the 1980’s.

Minnesota buyers also face low inventory. According to Dunn Realty Group, there is less than a month’s supply of homes currently available.

“A balanced market is five to six months, so once it gets into three months or below, we get into a sellers’ market,” said Sean Dunn. “We’re just in an extreme sellers’ market where to get all of that stuff moved and sold would only take less than a month.”

They explained the tight market means it will take time for interest rates to affect home prices.

“If we didn’t have such a shortage of homes for sale, I think we would be a little more concerned about the rise in interest rates, but we just don’t have enough inventory to sort of see the impact on pricing than we would’ve in a normal increase in interest rates,” said Jennifer Dunn.

Sean Dunn added, “If people are waiting like, ‘hey, I’m going to wait until next year, the interest rates are going up, prices are going to come down,’ nobody is saying that, that studies this data in depth.”

“The last house we went after our offer was about $50,000 over the asking price with about $15,000 in appraisal gap coverage, and we didn’t get a counteroffer,” said Pittman.

Ely added, “There were definitely some tears.”

Despite the stressful process, they are hopeful they’ll find the right house.

“There’s a lot of worry around it, but then you just have to take a breath and remind yourself this is a fun time. Like you get to find your home, your first home, it’s a really big thing!” said Ely. “We’re not on a timeline, thankfully. We are in a good place where we can look at our own pace and know that the right one will come along when it comes.”