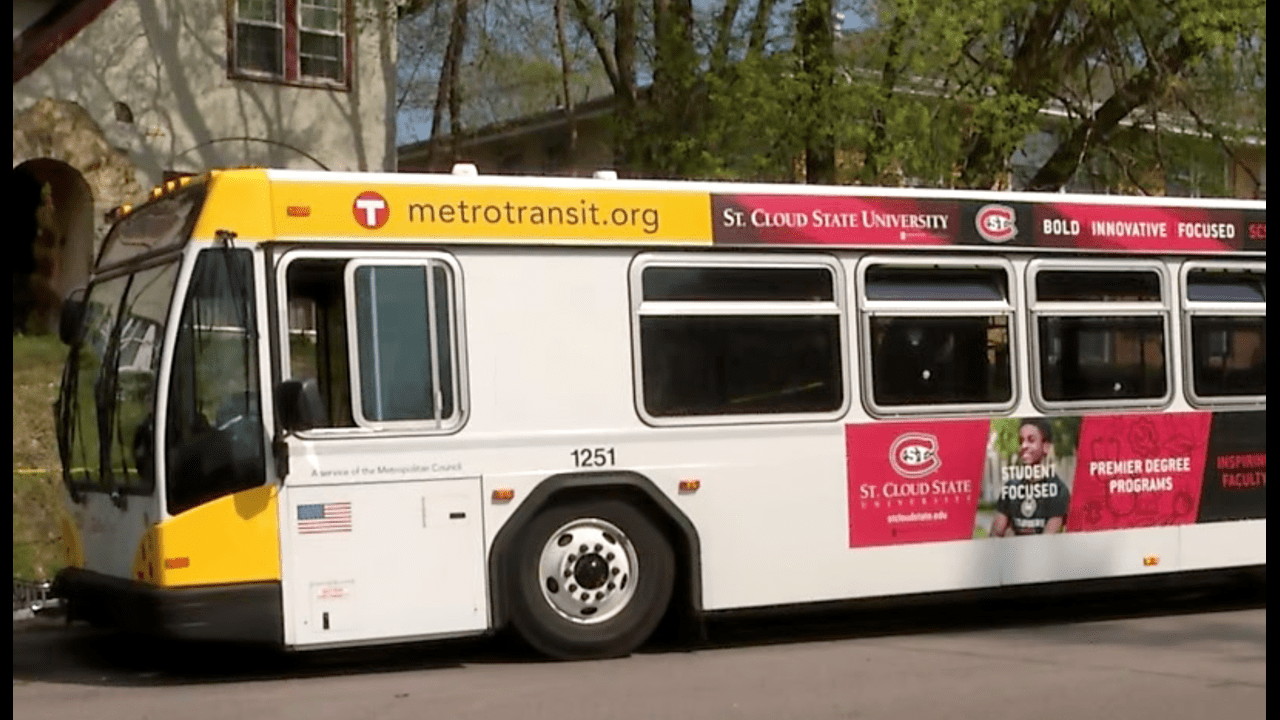 A Metro Transit bus has what appear to be several bullet holes in the windows. KSTP Photo

Police are investigating after someone shot at a Metro Transit bus Thursday afternoon in Minneapolis.

A Metro Transit Police spokesperson says that shortly after 3 p.m. the agency received reports of shots fired at a bus near the intersection of North 43rd and Fremont avenues.

A KSTP photographer on the scene saw what appeared to be five bullet holes in the windows of the bus.

Metro Transit says one person on the bus was reportedly injured by broken glass.

No arrests have been made, and the incident is under investigation.