A Winona man who was detained by Russian soldiers has been released, according to a news release by Senator Amy Klobuchar’s office.

Tyler Jacob was reportedly detained at a military checkpoint and taken to Crimea, a territory taken by Russia from Ukraine in 2014. He has been in their custody for the last 10 days.

“I am relieved that Tyler is safely reunited with his wife and daughter. Over the last two weeks, my team and I have been in close contact with his family, the State Department, and the U.S. embassy in Moscow working towards this outcome, and I am grateful that we were able to help bring him to safety,” said Sen. Klobuchar in the release.

“I am so ecstatic that Tyler is safe. This has been a harrowing experience, and I am so grateful to the officials in the State Department and embassy who helped us locate Tyler and get him out of Russia. I am especially grateful to Senator Klobuchar for her steadfast support through this whole process. This was a parent’s worst nightmare, but I can rest easy tonight knowing my son has made it to safety,” said Tina Hauser, Tyler’s mother, in the news release. 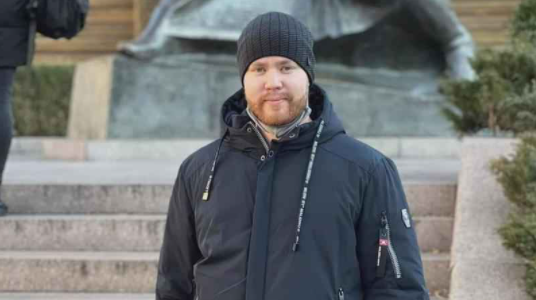 “This has been the most terrorizing experience as a parent. I’ve also seen and felt the good in so many people. I am grateful that Tyler, his wife, and their daughter are in a safe place. Many thanks to Amy Klobuchar and her staff for day and night attention to getting Tyler to safety. My heart goes out to the many families that are still enduring the horror in Ukraine,” John Quinn, Tyler’s father said in the news release. “We cannot thank everyone enough for all the support all over the country.”

Senator Klobuchar credited the parents for acting quickly to notify authorities of the situation.