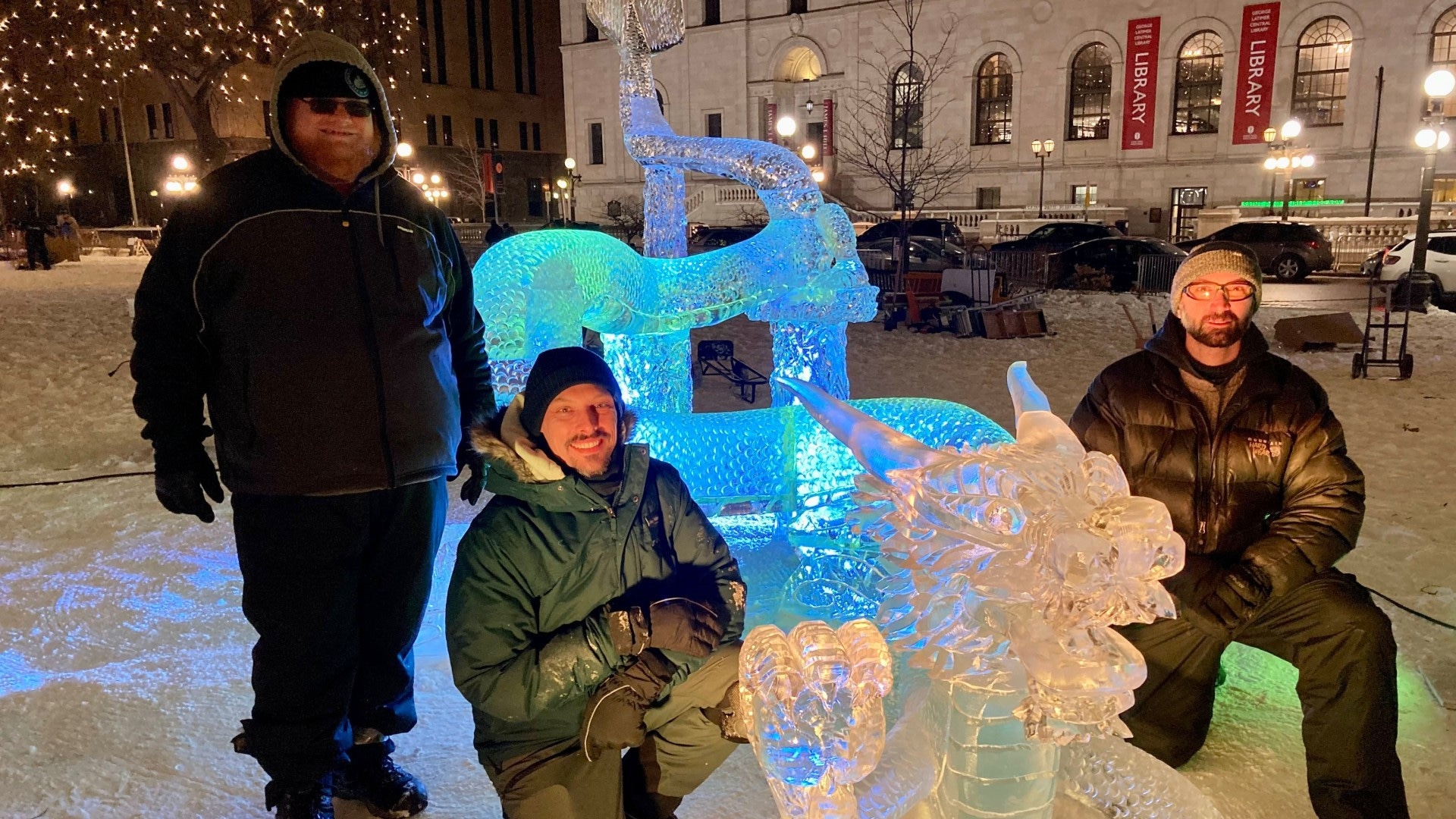 After a weekend of creativity under strict rules, the Saint Paul Winter Carnival ice carving competition winners were announced Sunday.

The multi-block competition took place from Thursday to Saturday. Each team had 48 hours and 20 blocks of ice to complete their creation.

In the single block professional competition, carvers had from 9 a.m.-2 p.m. Sunday to turn a block of ice into a frozen wonder. Trevor Pearson, of Minneapolis, took home first place for his “Fox.”

The single block artisan competitors had an extra hour and finished at 3 p.m. Sunday. Chad Peterson, of Pasa Robles, Calif., won with “S on Spheres.”

Participants were judged on their sculptures’ consistency with a proposed initial sketch, attention to detail, originality, technical difficulty and how the ice was utilized.