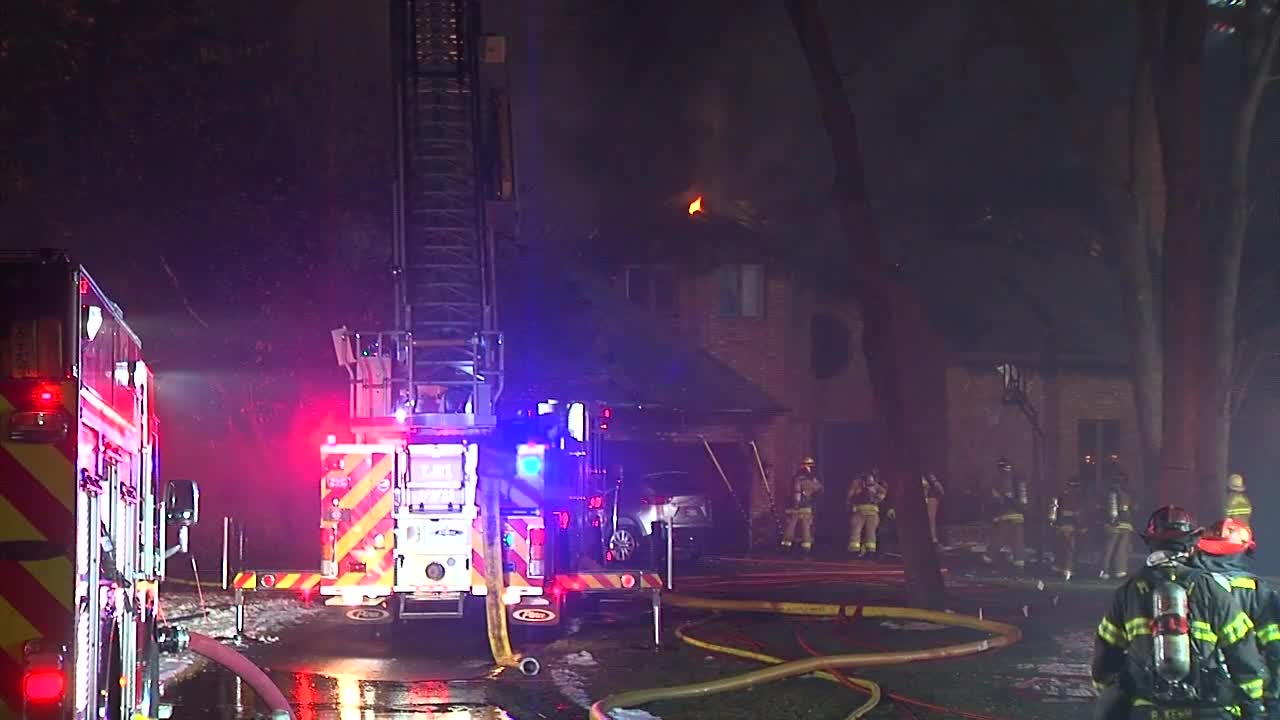 One family in Minnetonka has been displaced following a house fire Wednesday night, according to the Minnetonka Fire Department.

Firefighters responded to a report of a fire near the intersection of Linner Ridge and Linner Road around 10:30 p.m., according to fire officials. They say the residents could smell smoke and found the garage was on fire.

“We’re making headway, but the garage fire was making its way into the attic, and really spread from there. [We] ended up going defensive and the fire then breached the roof line,” Metzger told 5 EYEWITNESS NEWS.

He added that two alarms were called for the fire, and a total of eight agencies helped respond to the call.