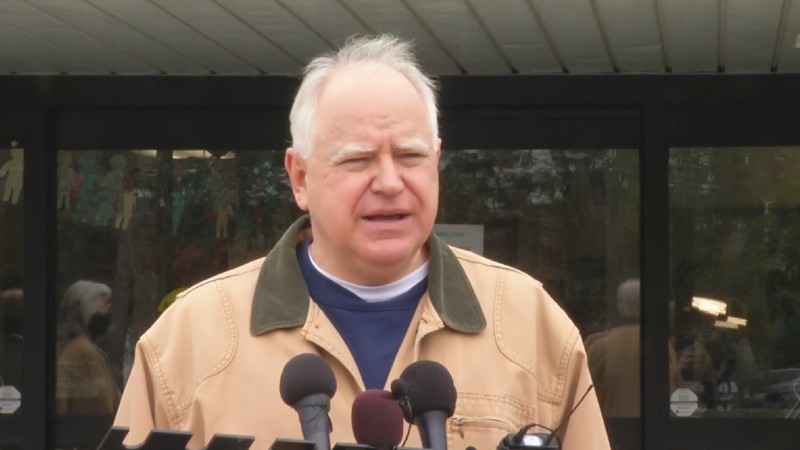 As many in the state continue to grieve and express frustration following the death of Daunte Wright in Brooklyn Center on Sunday, Gov. Tim Walz said he spoke briefly to Wright’s mother.

Walz said he spoke to Katie Wright on Wednesday to offer condolences.

"The Wright family expects us to do better, Minnesotans expect us all to do better and I am hopeful, there are things happening that make me believe that’s possible," Walz said at a press conference Thursday.

Walz also called on protesters to express their grief and call for change peacefully, and thanked those who’ve been peaceful.

About 140 Minneapolis businesses damaged this week in crime spree

At a separate press conference on Thursday, Katie Wright said her family will never get to see Daunte again so there’s no real justice for them. She added, "I do want accountability, 100% accountability."