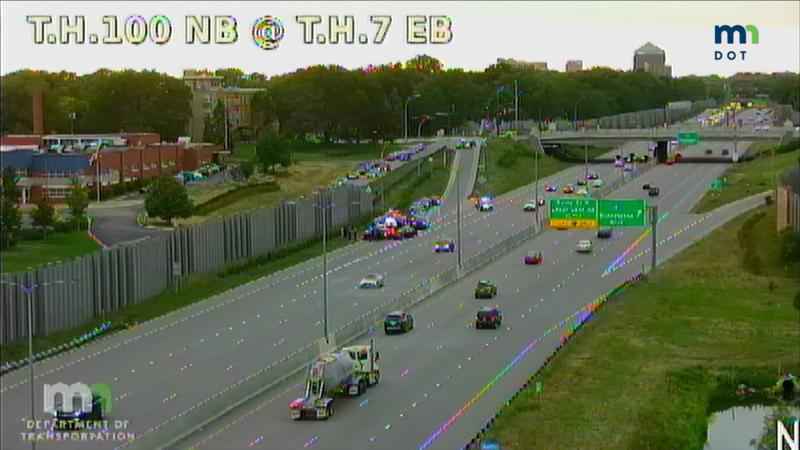 A vehicle hit a St. Louis Park Police Department squad car while officers were carrying out a traffic stop Wednesday evening on Highway 100.

Police said St. Louis Park police officers were at the scene of a traffic stop on the southbound lanes of Highway 100 near Minnetonka Boulevard to investigate a stolen vehicle. While they were there, an "uninvolved motorist" struck one of the officers’ squad cars.

No one was injured; however, one of the officers received a medical evaluation as a precaution, police said.

Police say the three occupants of the stolen vehicle were taken into custody.

The Minnesota State Patrol is investigating the incident.