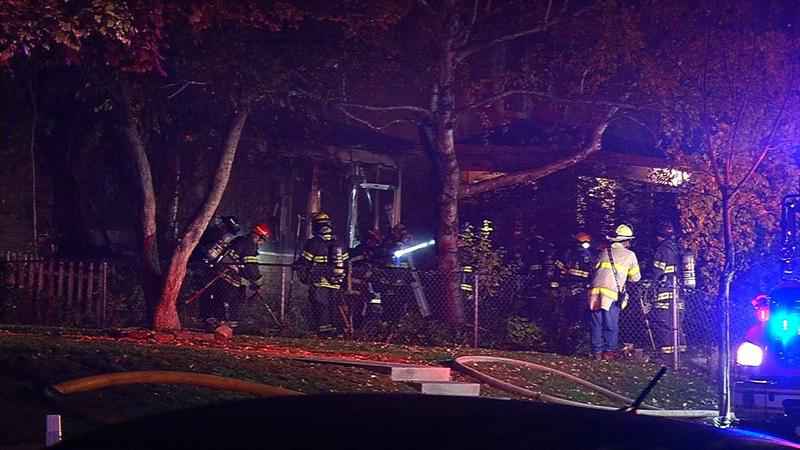 UPDATE: The Minneapolis Fire Department said on Wednesday that the victim firefighters rescued from the Saturday house fire has died from his injuries.

Fire investigators determined the fire to be accidental in nature and caused by smoking.

Below is the original story.

Firefighters are putting out the last of a fire that burned through a house Saturday morning in the Lyndale neighborhood of south Minneapolis.

According to the Minneapolis Fire Department, fire crews responded to a fire at 5:38 a.m. on the 3400 block of Blaisdell Avenue.

When firefighters got to the two-and-a-half-story residence, there were heavy flames on the outside of the front porch extending into the first and second floor on the inside. A man outside the home told firefighters a second resident might still be inside.

During a search of the home, crews rescued a victim from the second floor and gave first aid until an ambulance arrived to take the victim to the hospital, the fire department said. The extent of their injuries is unknown at this time.

A deceased cat was also found inside the home.

A firefighter injured his ankle after partially falling through the first floor, and medics evaluated two other firefighters for possible overexertion, fire officials said. Ambulances took all three of them to Hennepin County Medical Center for treatment.

The bulk of the fire was out by 6 a.m., and by 7 a.m., firefighters were looking for hidden fires and putting out hotspots.