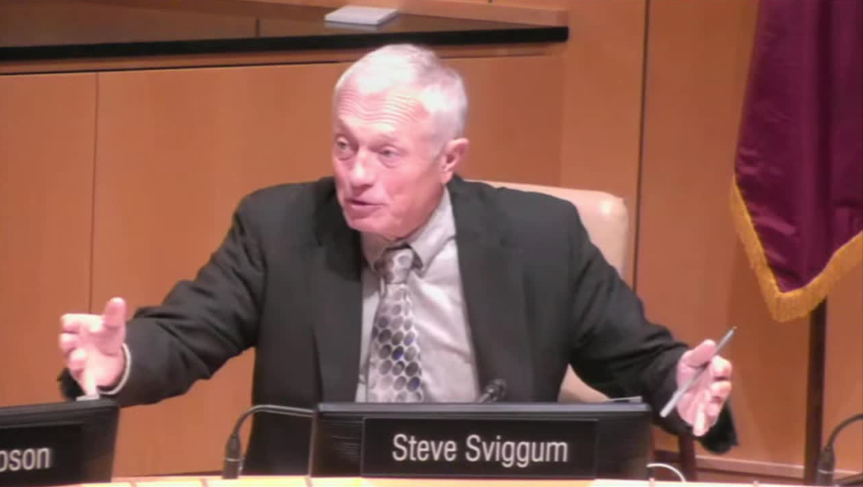 The University of Minnesota Morris campus’ Student Association (MCSA) released a letter Wednesday that called for the resignation of Regent Steve Sviggum.

Sviggum has been under criticism after he questioned whether the Morris campus had become “too diverse” at a U of M Board of Regents meeting in October.

Since then, he has stepped down from his position as vice chair but stated he would finish his term as a regent. Student organizations are calling for his resignation to be immediate.

One month ago, Sviggum had dinner with MCSA President Dylan Young and met with Morris students.

“Regent Sviggum didn’t seem to internalize anything we told him during that meeting,” said Morris Student Representative to the Board of Regents Hal Johnson, who was one of the students at the meeting. “He had an opportunity to learn from, or at least directly apologize for his mistakes, and he didn’t do either. He tried to justify his comments about diversity by repeatedly misquoting Dylan, and deflected responsibility for his racism by saying he needed to ‘ask the hard questions.’ It was frustrating, and left us feeling his apology wasn’t sincere at all.”

According to MCSA, other groups including the Student Representatives to the Board of Regents and a cross-coalition of student government leaders from the Morris, Duluth and Twin Cities campuses have also called for Sviggum’s resignation.

5 EYEWITNESS NEWS reached out to Sviggum, who declined to comment.