Minneapolis Police told 5 EYEWITNESS NEWS there is a "growing trend" of people stealing tow trucks, stripping the name of the company off the side of the trucks and then using the trucks to steal other vehicles and cut off their catalytic converters.

MPD spokesperson John Elder told KSTP crime analysts have noticed an uptick in these types of crimes and are now piecing evidence together.

"We’ve had eight (car thefts) over a period of 24 hours last week that analysts put together that we believe were involved with stolen tow trucks," Elder said. "While the vehicle is elevated on the back of the tow truck, they’re cutting off the catalytic converters, which are worth a lot of money on the black market for their precious metals."

10 charged with crimes after arrests by carjacking task force

In St. Paul, Guardian Recovery Services told KSTP one of its tow trucks was stolen last week and then was spotted and reported to authorities as a tow truck stealing other vehicles. 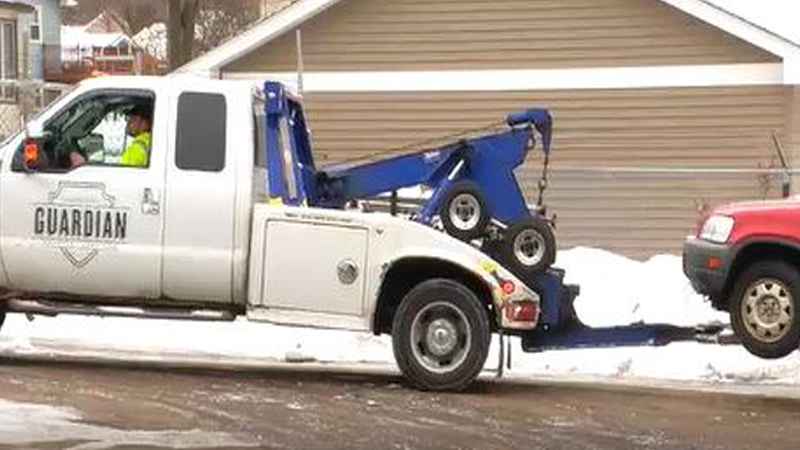 Guardian Recovery Services Manager Margo Duarte said there has been an increase in the tow truck community of reports of stolen trucks in the past few weeks.

"You know, it is bad enough that people are stealing cars and then we hear about tow trucks being stolen," Duarte said. "Then, to have people on social media tell us it’s one of our stolen trucks being used to steal more cars, well, it is just astonishing."