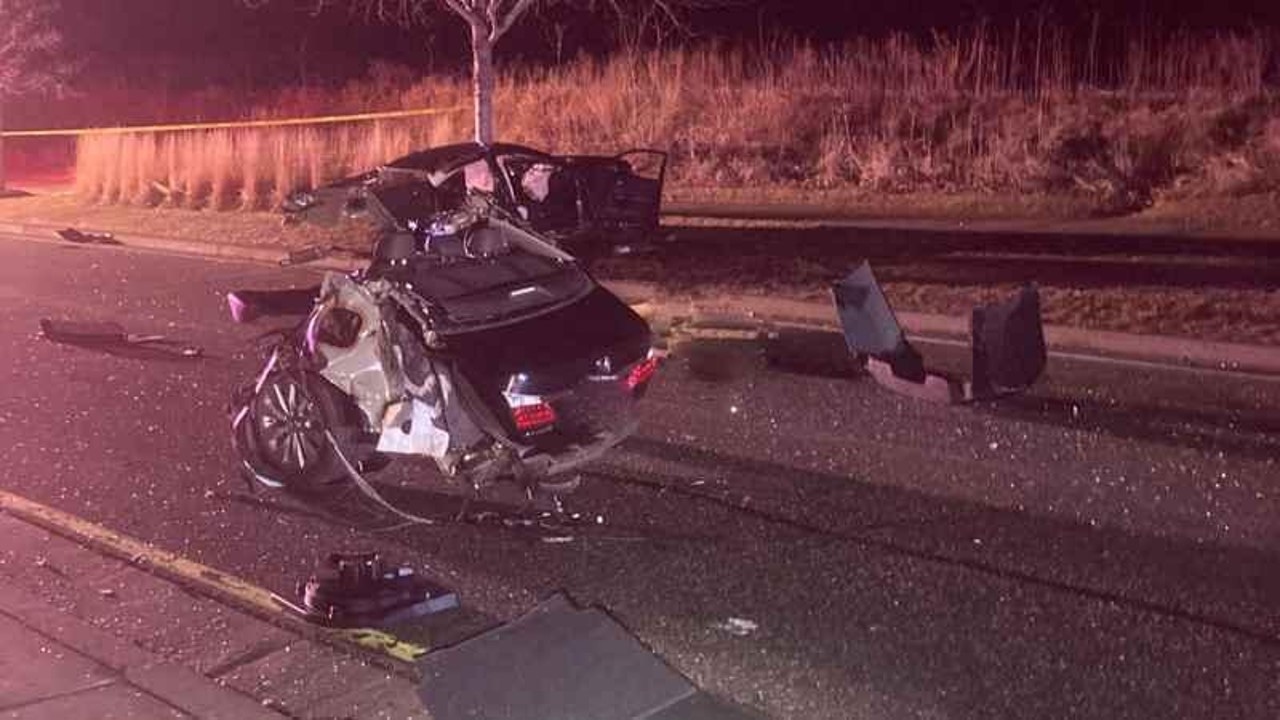 A mangled Honda Accord is seen at the site of a fatal one-vehicle crash Saturday, March 13, 2021, in Woodbury. (FILE/KSTP-TV)

An 18-year-old has been sentenced for a crash last year in Woodbury that killed another teenager and left three others hurt.

Kyle Scott Hollister was sentenced Tuesday to three years of probation and 100 hours of community service per year of probation. Additionally, he was given a stayed 69-month prison sentence, which he won’t have to serve if he follows the terms of his probation.

The Washington County Attorney’s Office says the penalty was a blended adult-juvenile sentence and was the maximum allowed under state law.

Hollister pleaded guilty to criminal vehicular homicide and criminal vehicular operation back in August in connection to the March 13, 2021 crash. Before that, he’d asked the court to find him incompetent, prosecutors say, but that was denied.

RELATED: Teen charged in crash that killed 18-year-old, seriously injured others in Woodbury

Court documents state that, on that night, Hollister — then 17 — was driving 73-80 mph through a residential neighborhood when he intentionally drove over a dip in the road, causing the Honda Accord he was in to become airborne. It then left the road and hit a tree, splitting the vehicle in half and killing 18-year-old Garrett Bumgarner, a passenger in the vehicle. Three other friends who were passengers suffered serious injuries.

As part of the sentence, Hollister will have to serve 35 of his 100 community service hours each year by raising awareness about the dangers of reckless driving. Bumgarner’s hockey number was 35.