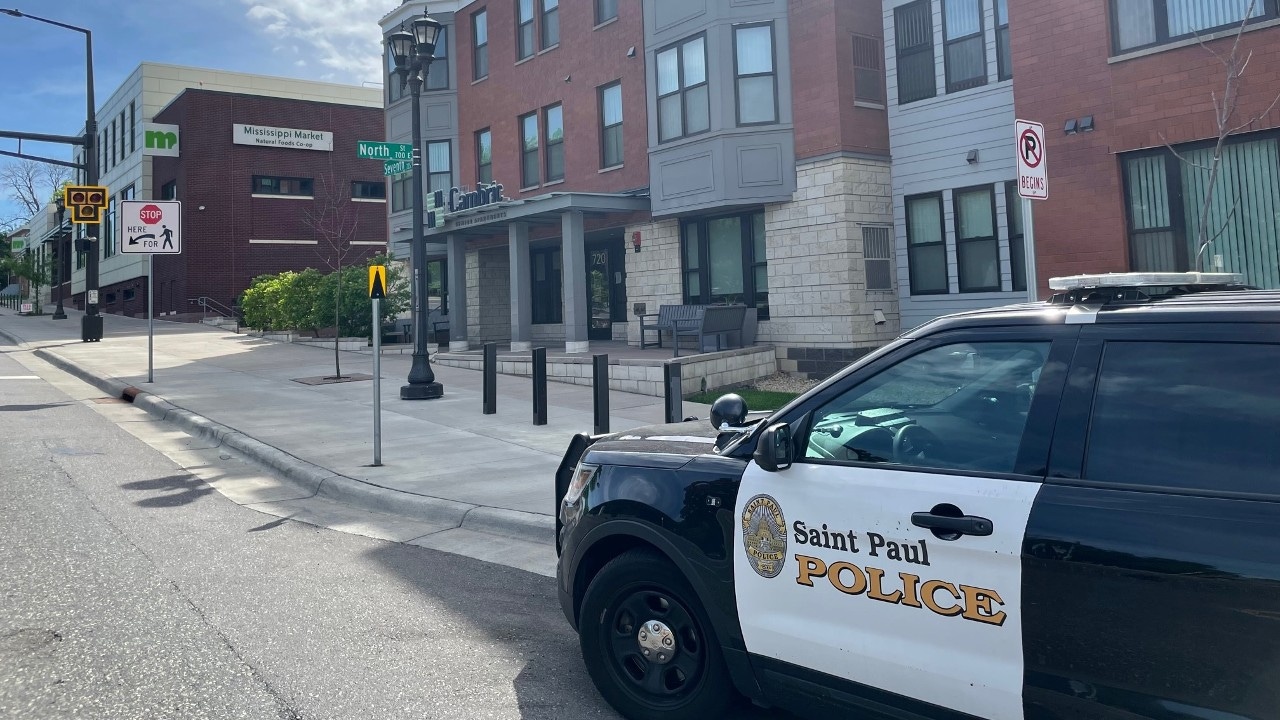 A St. Paul police vehicle is parked outside an apartment building where a man was found shot to death Friday, June 3, 2022. (St. Paul Police Department)

A woman who was initially arrested last week in connection to a St. Paul senior living apartment death investigation has been released.

According to the department, the incident marked the city’s 18th homicide of the year.