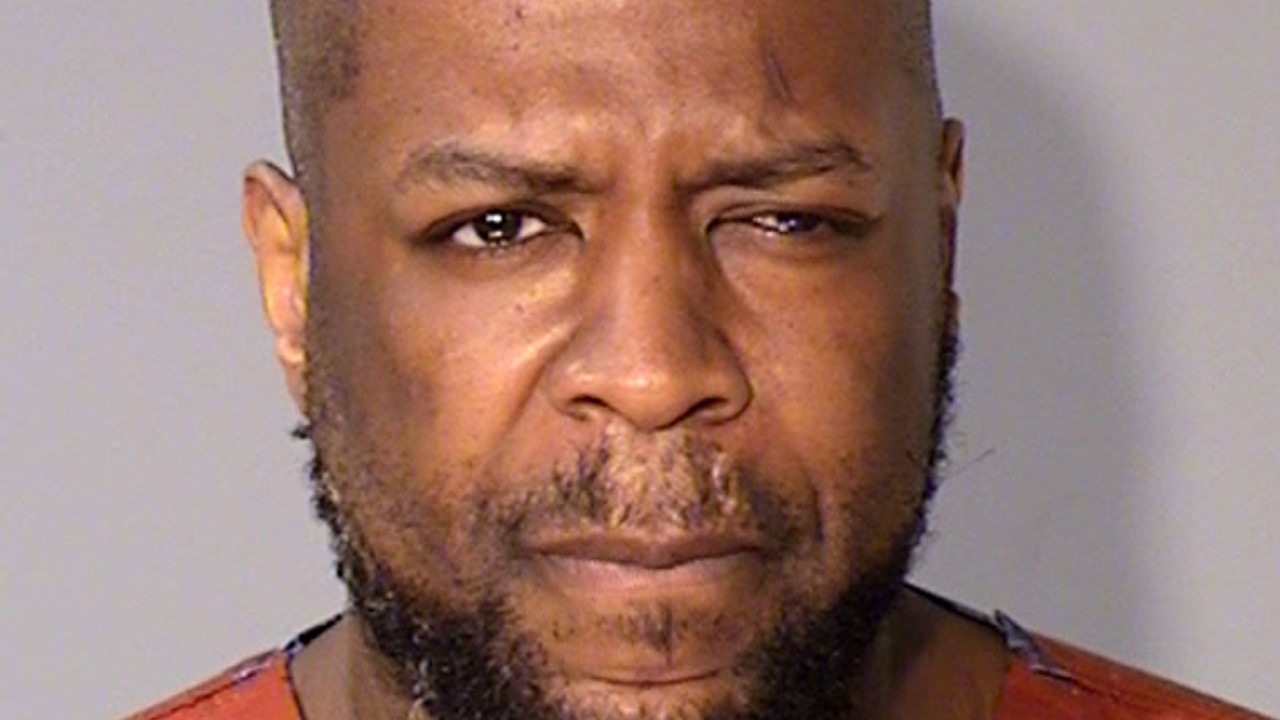 Police arrested a man on Thursday for a fatal stabbing that occurred on Monday.

A criminal complaint identifies Dwight David Ford, 46-years-old, as a man witnesses saw leaving an apartment where investigators found another man who was stabbed to death.

Officers responded to an apartment near Winnipeg Avenue and Rice Street at about 5:37 p.m. on Monday after getting reports of a stabbing on the third floor.

The victim, 41-year-old Christopher S. Pryor, was found down on his back and bleeding from multiple stab wounds to the abdomen. Medics pronounced him dead at the scene.

A relative of the victim was at the scene and told officers that Pryor had just been released from jail that day, according to the criminal complaint. Pryor had called the relative asking for a ride, saying he would be waiting outside the apartment. When he wasn’t there, the relative called Pryor and heard him arguing with another man over money. The relative also reported hearing a woman screaming in the background, according to the complaint. When the relative ran to the apartment, they saw a woman, who was shaking, leave the building. The woman told the relative that two men were fighting and that someone had been stabbed.

Investigators then spoke to a witness who is listed on the lease of the apartment that the victim was found in. The witness told law enforcement that Pryor, Ford, and two women were in the apartment for about three or four hours smoking crack and at some point began to argue about money, the complaint notes. The witness said he left when the dispute started. He later returned and spoke to Ford, who had left the apartment. When asked where Pryor was, Ford calmly said he was upstairs in the apartment, according to the complaint. The witness then discovered Pryor’s body and recalled that he had seen Ford with a black six-inch folding knife shortly before the stabbing. It was then that the witness called 911.

On Thursday, three days after the stabbing, police were called to an apartment near the intersection of Rice Street and Lyton Place West. The caller told police that her daughter’s ex-boyfriend, Ford, was knocking at her apartment door with an unknown object, court records note. The caller knew that he was involved in the stabbing on Winnipeg and told dispatchers he was wanted for murder.

Police located Ford about a block south of the apartment and took him into custody without incident.

The criminal complaint states that Ford confessed to stabbing Pryor in an interview with investigators on Friday. Ford said he and his girlfriend had an agreement that Pryor would receive sexual favors from the girlfriend in exchange for drugs and money. Pryor then accused them of stealing from him, and the argument ensued. Ford said he grabbed a knife from the kitchen because his girlfriend looked scared. He then stabbed Pryor two or three times, according to the criminal complaint.