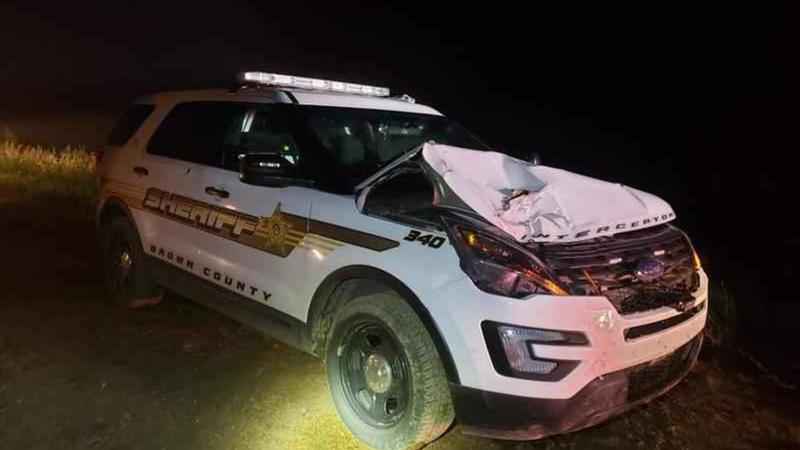 A deputy was injured after striking cattle in rural Minnesota early Thursday morning.

At about 2:20 a.m., Brown County Deputy Justin Bauer, 32, was responding to a call about suspicious activity at a farm in Sleepy Eye, west of Mankato.

He was traveling at a speed less than 55 mph due to fog when he hit cattle in the middle of 280th Avenue, according to the Brown County Sheriff’s Office.

Bauer suffered non-life-threatening injuries and was transported by ambulance to the New Ulm Medical Center. He was released Thursday. The 2016 Ford Explorer Interceptor squad car he was in received more than $13,000 in damage, the sheriff’s office said.

The cattle were put down after being injured in the collision.

The Minnesota State Patrol is investigating the incident.