There are many great resorts in Minnesota, but one in Scott County more than a century ago attracted visitors from across the country.

The former Mudbaden Sulphur Springs Resort in Jordan was a destination that brought rest, relaxation and the hope for health.

The muddy history of the world-class resort dates back to the turn of the century.

When Ole Rosendahl cart got stuck in the mud on his property along the Minnesota River, he noticed a strong smell of sulfur coming from the sludge. Soon after, he began offering sulfur mud baths with dirt dug up from the river bed and Mudbaden was born.

People were covered in hot mud on steel tables and cooked for 30 minutes. 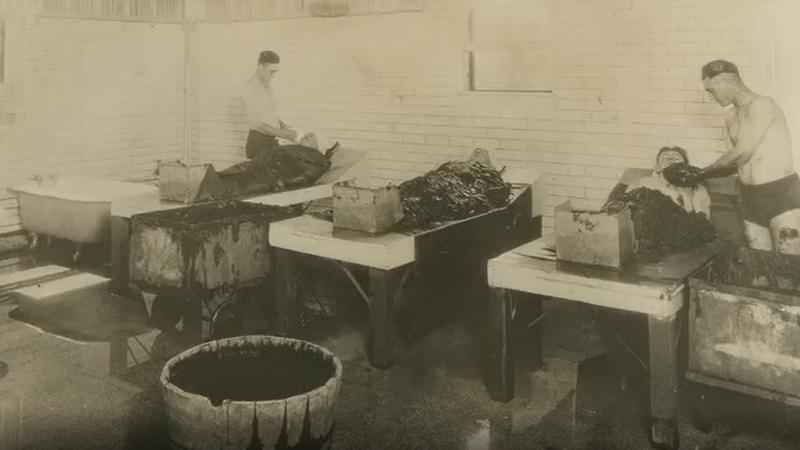 "The sort of snake oils salesman, the cure-alls, the take this pill and it will solve all of your problems was huge during this time," Dave Nichols, with the Scott County Historical Society, said. "A lot of how the mud was advertised was it would cure everything from skin diseases, to arthritis, to breathing issues. Anything you can think of ‘Oh yeah, the mud will fix that."

Scott County now owns the building and uses it as a police training facility.