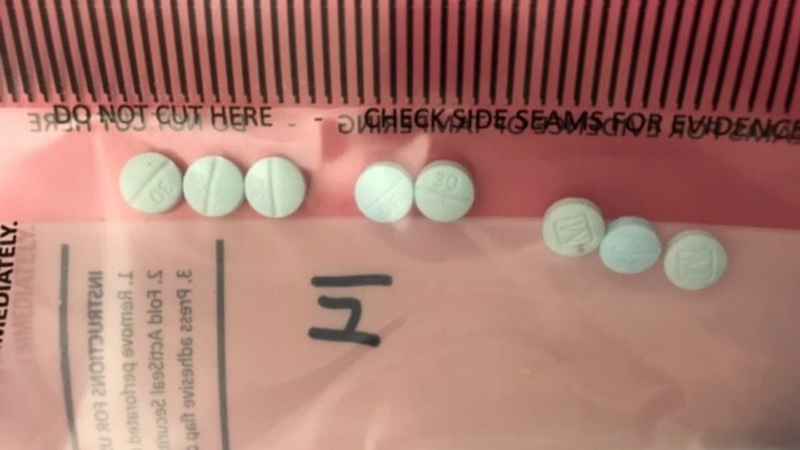 The Roseville Police Department issued an overdose alert on Saturday after reporting two people who fatally overdose in separate incidents within 24 hours.

According to the Roseville Police Department, the city of Roseville is seeing a sharp spike in overdoses and related deaths. Within the past 24 hours, a 16 and 20-year-old have both died in separate incidents. Additionally, law enforcement used Naloxone, a life-saving medication used during an opioid overdose, two times in the past 48 hours to revive those who had suffered from potential overdoses.

Police said the recent spike in overdoses could be because of a pill known as "Perc 30", a potent narcotic mixed with fentanyl, a deadly synthetic opioid.

Roseville Detectives are actively partnering with the Ramsey County Violent Crime Enforcement Team and the Minnesota Bureau of Criminal Apprehension to locate the source and those responsible for distributing the deadly pills. The Roseville Police Department, along with other participating police departments, will utilize an overdose mapping program called ODMAP to monitor trends.

Physical signs of an opioid overdose include:

The following should be done in the event of an overdose:

Minnesota has a "Good Samaritan Law" protecting people from being charged or prosecuted if they act in good faith while seeking medical assistance for someone who is overdosing.

Detectives are asking anyone with additional information related to the incidents to call the Roseville Police Department at 651-792-7008.