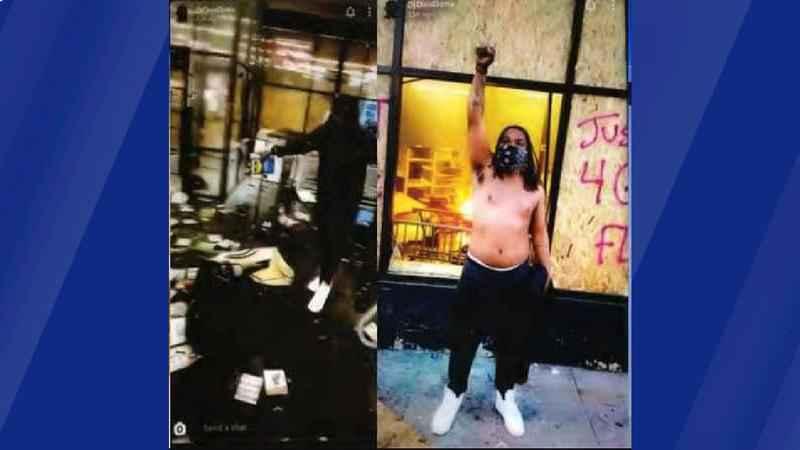 (Left): A still video from the first video, showing the pouring of liquid over the pawn shop. (Right): The man later identified as Lee, in front of the burning pawn shop.[U.S. Attorney's Office]

A Rochester man has been sentenced to a decade in prison in connection to a case of arson at a Minneapolis pawn shop that resulted in someone’s death.

The U.S. Attorney’s Office says 26-year-old Montez Terriel Lee and others broke into Max It Pawn on May 28, 2020, during the riots following George Floyd’s murder. Surveillance video shows Lee pouring fire accelerant around the shop before lighting it on fire.

The flames destroyed the building. On July 20, 2020, authorities found the body of 30-year-old Oscar Lee Stewart Jr. in the rubble of the building. Stewart’s death was attributed to "probable inhalation of products of combustion and thermal injury (building fire)."

Following his prison term, Lee has been ordered to serve three years of supervised release.