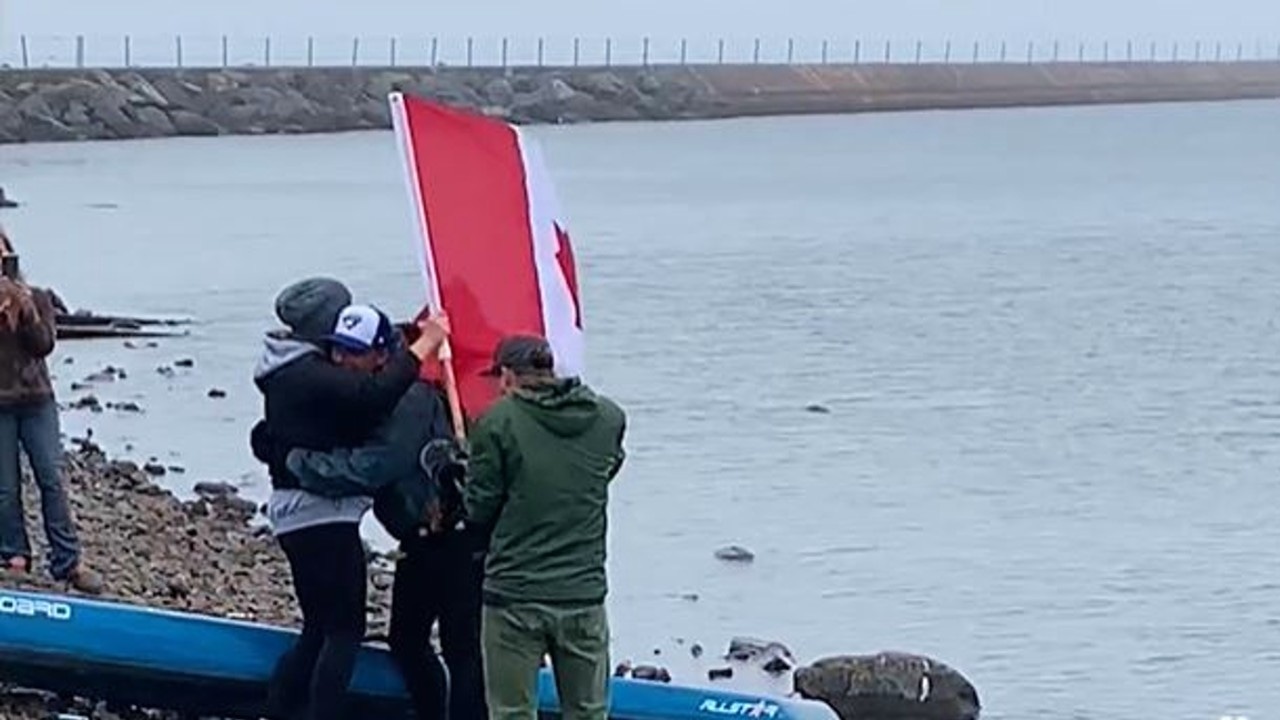 Mike Shoreman shares an embrace after completing his paddleboarding journey across Lake Superior on July 5, 2022. (WDIO-TV)

In an eight-hour trek to raise awareness for mental health, a Toronto man crossed Lake Superior Tuesday on a paddle board.

5 EYEWITNESS NEWS caught up with Mike Shoreman this past weekend as he prepared to cross the lake. Tuesday, he completed his trip from Port Wing, Wisconsin to Two Harbors, Minnesota – making him the first athlete with disabilities to make the trip.

It’s also the third of the five Great Lakes has has paddle boarded across this summer, having already completed Lake Huron and Lake Erie.

Shoreman suffers from Ramsay Hunt Syndrome, a neurological disorder that paralyzed half of his face and affected his ability to taste, smell, hear, talk and move. When it first affected him in 2018, it led him down a dark road of depression, but he then decided he wasn’t done paddle boarding and is using it to advocate for mental health organizations.

Shoreman is now focusing on crossing Lake Michigan at some point next week before taking on Lake Ontario the second week of August.