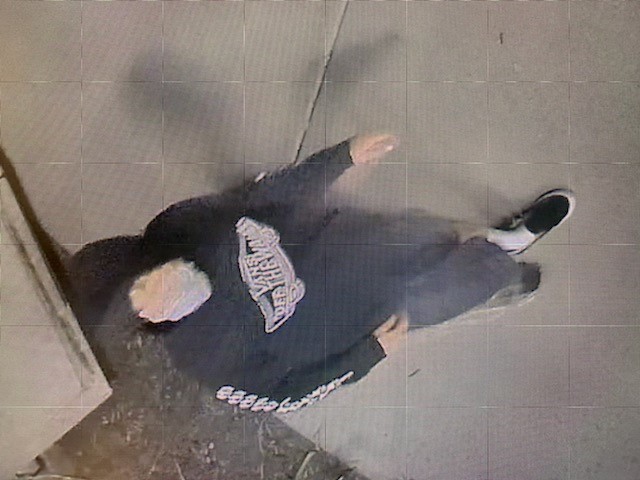 Police are asking for the public's help in identifying this person of interest (City of Edina).

UPDATE: The Edina Police Department is seeking the public’s help in identifying a person of interest who might have information on the noose hung inside the Edina Community Center earlier this week.

Below are photos taken from surveillance footage.

An Edina spokesperson said police reviewed the footage and that it shows what appears to be a teenage boy near the scene wearing a black Vans hoodie, dark shorts, tall socks, black slip-on canvas tennis shoes and a backpack.

He is believed to have arrived on foot.

Anyone who can identify the teen, or has other information that would help with the investigation, is asked to contact police at 952-826-1610. Identities can remain confidential.

PREVIOUS STORY: Early Tuesday morning, a staff member at Edina Community Center found a noose hung in one of the courtyards, according to an email sent to parents in Edina Public Schools by the district superintendent.

Superintendent Dr. Stacie Stanley wrote: “A noose is a heinous symbol long known for its intimidation, harm, and violence against Black/African Americans and more recently toward other non-dominant groups. We stand against racism and condemn hate.”

The noose was removed immediately, and the incident was reported to the Edina Police Department, the email notes. Edina police confirmed that a report was taken but had no other information to provide.

Stanley encouraged community members to attend the One Town, One Family sessions to join conversations to “demonstrate that these acts of hate and harm do not reflect who we are.” The next session will be held on Thursday, September 22, from 5 p.m. to 8 p.m. in the Edina High School Cafeteria.