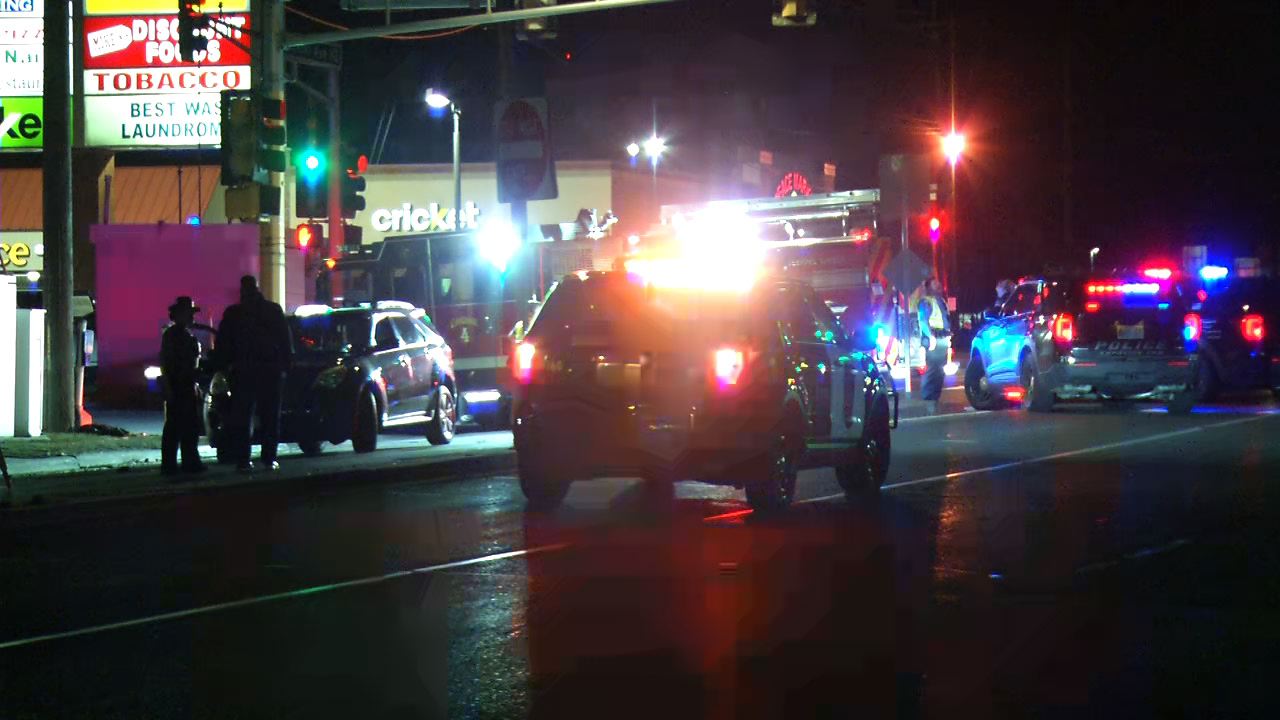 Emergency vehicles are at the scene where a pedestrian was struck by a vehicle Saturday, April 9, 2022, in Columbia Heights. (KSTP)

Authorities have released the name of a man who died after he was hit by a vehicle this past weekend in Columbia Heights.

According to the Anoka County Sheriff’s office, 56-year-old Charles Flocken was hit Saturday night by an SUV in Columbia Heights.

Although he was originally listed in critical condition, the sheriff’s office says Flocken died Sunday at an area hospital.

As previously reported, Flocken was headed west while trying to cross Central Avenue outside of a crosswalk near 44th Avenue when he was hit shortly after 9 p.m.

Authorities say the vehicle that hit him, driven by a woman whose name and age have yet to be released, was headed south.

The sheriff’s office says the woman wasn’t injured and adds that the incident is still being investigated by multiple agencies.