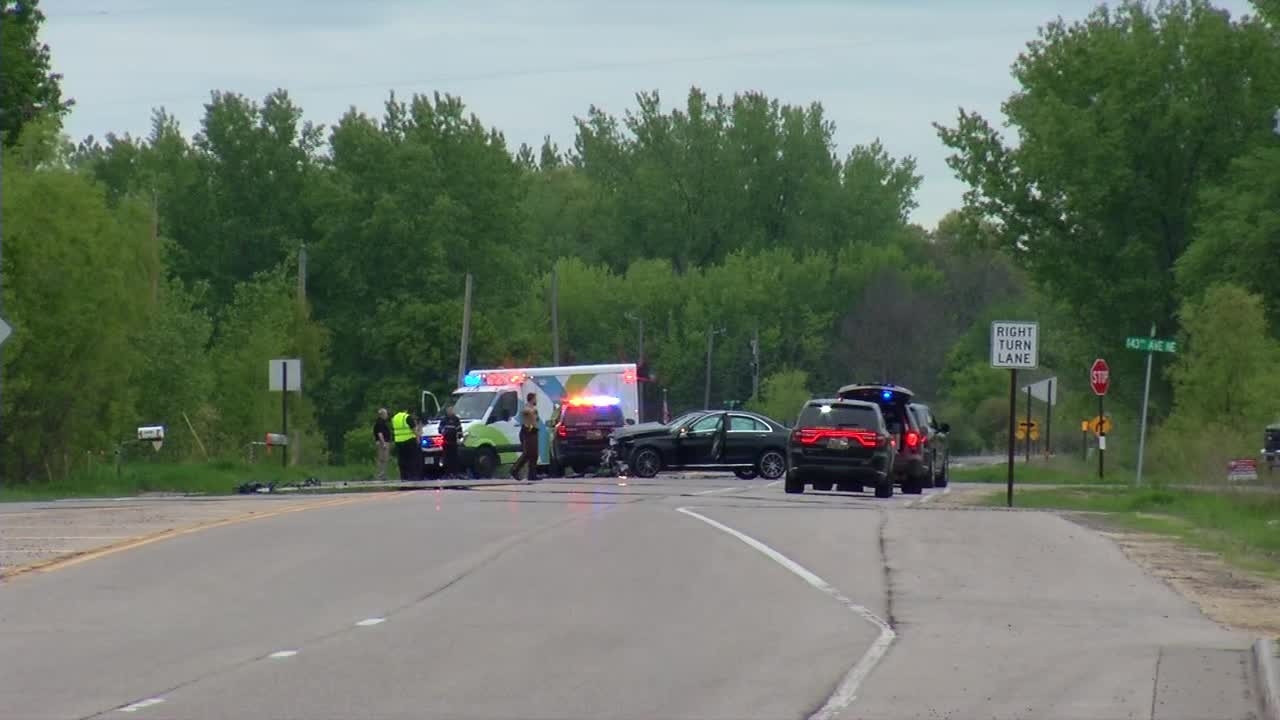 Emergency vehicles respond to the scene where a motorcycle crashed into a car Thursday, May 26, 2022, in Ham Lake. (KSTP)

A motorcyclist was killed Thursday afternoon in Ham Lake after he crashed with a car turning onto the road, according to the Anoka County Sheriff’s Office.

According to a crash report, just before 5:30 p.m., a motorcyclist was driving north on Lexington Avenue Northeast “at a high rate of speed” and tried to pass traffic in the right turn lane. He then crashed into a car that was turning left from 143rd Avenue Northeast onto Lexington, tossing him from the motorcycle.

Medics arrived at the scene and performed life-saving measures, but the man was pronounced dead before he could be airlifted to the hospital. He was wearing a helmet, according to the crash report.

A woman and a girl who were in the other vehicle suffered minor injuries, the sheriff’s office said.