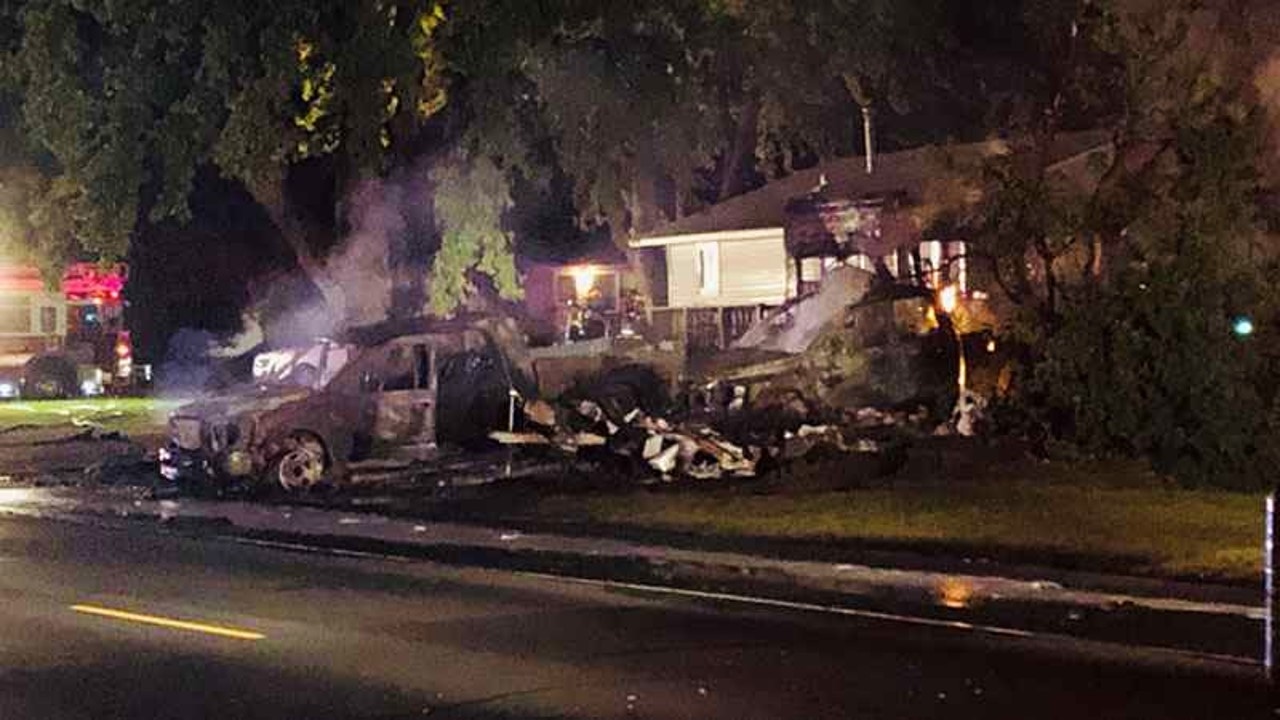 A Brooklyn Center man has been indicted by a federal grand jury after he staged a politically-motivated arson and vandalism in 2020.

The U.S. Attorney’s Office says 29-year-old Denis Vladmirovich Molla reported to law enforcement on Sept. 23, 2020, that someone lit his camper on fire and spray-painted his garage door because he was a supporter of President Donald Trump. The graffiti spelled out “Biden 2020,” “BLM” and an Antifa symbol, and Molla claimed it was because he had a “Trump 2020” flag on his camper.

Prosecutors say, in reality, Molla started his own property on fire and spray-painted the graffiti onto his own garage, then submitted multiple insurance claims to cover the damage. He also created and allowed others to make two GoFundMe accounts to benefit himself and his family, and threatened his insurance company when it denied some of his claims.

Molla was able to get $61,000 from his insurance company and more than $17,000 from donors through GoFundMe, the attorney’s office says.

He is charged with two counts of wire fraud and made his first court appearance Tuesday.

Right after the incident, Molla’s wife told 5 EYEWITNESS NEWS, “My son’s bedroom, his window is facing the garage. My son smelled like smoke this morning when I was putting him down to sleep after the whole thing, he smelled like smoke, so it just blows my mind that someone would stoop this low.”

Nobody was injured by the fire.