A man is critically injured following a house fire Monday night in Minneapolis.

The Minneapolis Fire Department said crews responded to a fire at a two-and-a-half-story duplex around 9 p.m. at the corner of North Russell and Lowry avenues. There was heavy fire coming from the front of the home.

Firefighters were able to rescue a man who was on the first floor by breaking a window and pulling him out, the department said.

Medics administered first aid before taking the victim to a local hospital to be treated for burns and smoke inhalation. The fire department reports he is in critical condition.

The fire department said the fire was out by 9:35 p.m. and no one else was inside the residence. 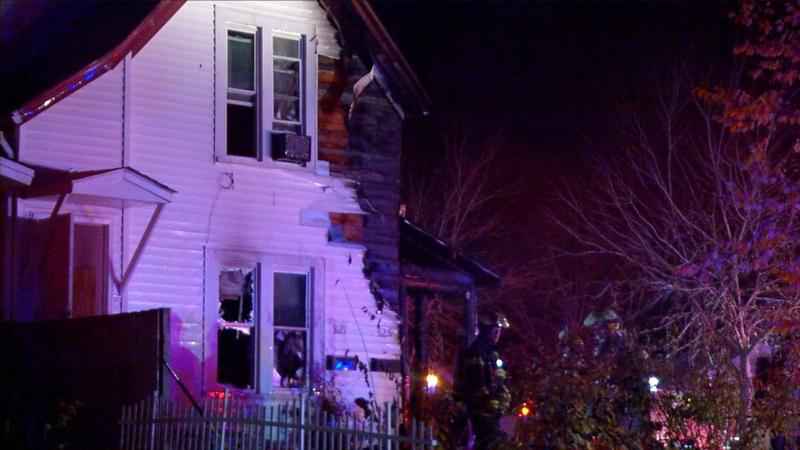 A duplex at the corner of North Russell and Lowry avenues is damaged following a fire Monday, Nov. 8, 2021, in Minneapolis. One person inside the home was critically injured.[KSTP]