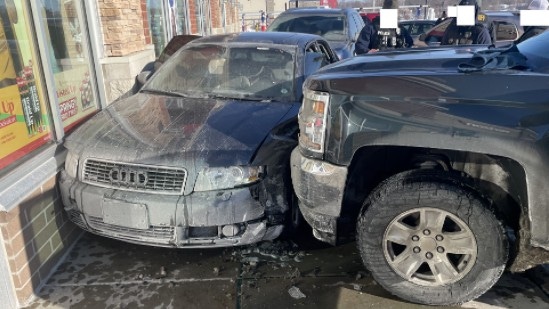 Hennepin County deputies arrested a man in Brooklyn Center Tuesday who had been released from custody earlier this month and failed to return as part of his conditional release. After the arrest, law enforcement discovered an infant inside the suspect’s car.

In a news release, the Hennepin County Sheriff’s Office said they located Shevirio Kavirion Childs-Young in north Minneapolis and partnered with air support from the Minnesota State Patrol.

Law enforcement then followed Childs-Young to a strip mall in the 1000 block of Shingle Creek Crossing in Brooklyn Center.

The news release states that Childs-Young attempted to flee and investigators “utilized a vehicle box maneuver to prevent his escape.”

Childs-Young was reportedly uncooperative with deputies and was removed from the vehicle.

It was after the arrest that investigators discovered there was an infant inside the vehicle with Childs-Young. The child was not injured.

Handgun magazines were recovered from the vehicle after the arrest, according to the release.