An injured and starving African serval cat found near Boston earlier this month has arrived at its new home in Minnesota.

The Wildcat Sanctuary announced that "Bruno" arrived Monday after staff made the nearly 3,000-mile trip ahead of a severe winter storm to get the serval to Sandstone.

"Sadly, we’re seeing more and more exotic cats on the loose," The Wildcat Sanctuary Executive Director Tammy Thies said in a statement. "Bruno’s story isn’t rare anymore since many people think they can own a serval or bobcat as a pet. It always has a sad ending for the animal."

Due to the severity of the breaks in one of Bruno’s legs, officials decided amputation was the best option. The Wildcat Sanctuary says Bruno is recovering well from the surgery and is now enjoying his indoor heated bedroom before he’s given access to a large outdoor habitat that 15 other servals enjoy. 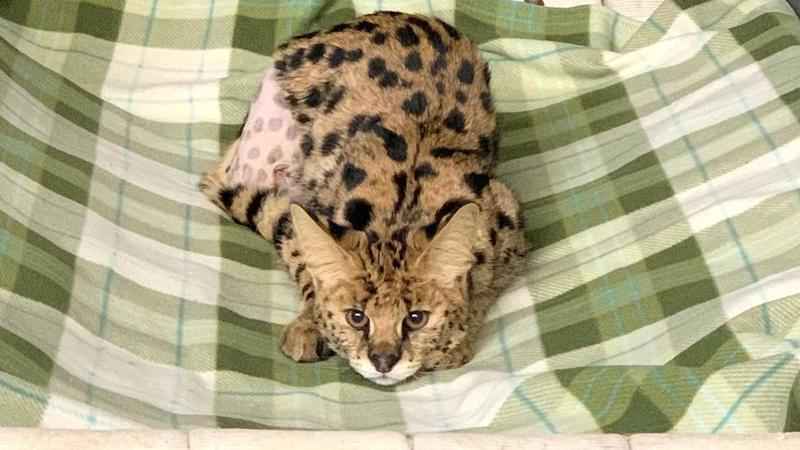