Hurricane Ian has made landfall in southwestern Florida as a massive Category 4 storm.

About 2.5 million people had been ordered to evacuate the area before the storm hit the coast on Wednesday with maximum sustained winds of 150 mph (241 kph).

The storm was heading inland, where it was expected to weaken, but residents in central Florida could still experience hurricane-force winds.

Before making its way through the Gulf of Mexico to hit Florida, Hurricane Ian tore into western Cuba as a major hurricane Tuesday, killing two people and bringing down the country’s electrical grid.

As Hurricane Ian approaches Florida, it has intensified into a Category 4 storm, with wind speeds only needing to intensify a more before it would reach a Category 5 classification. 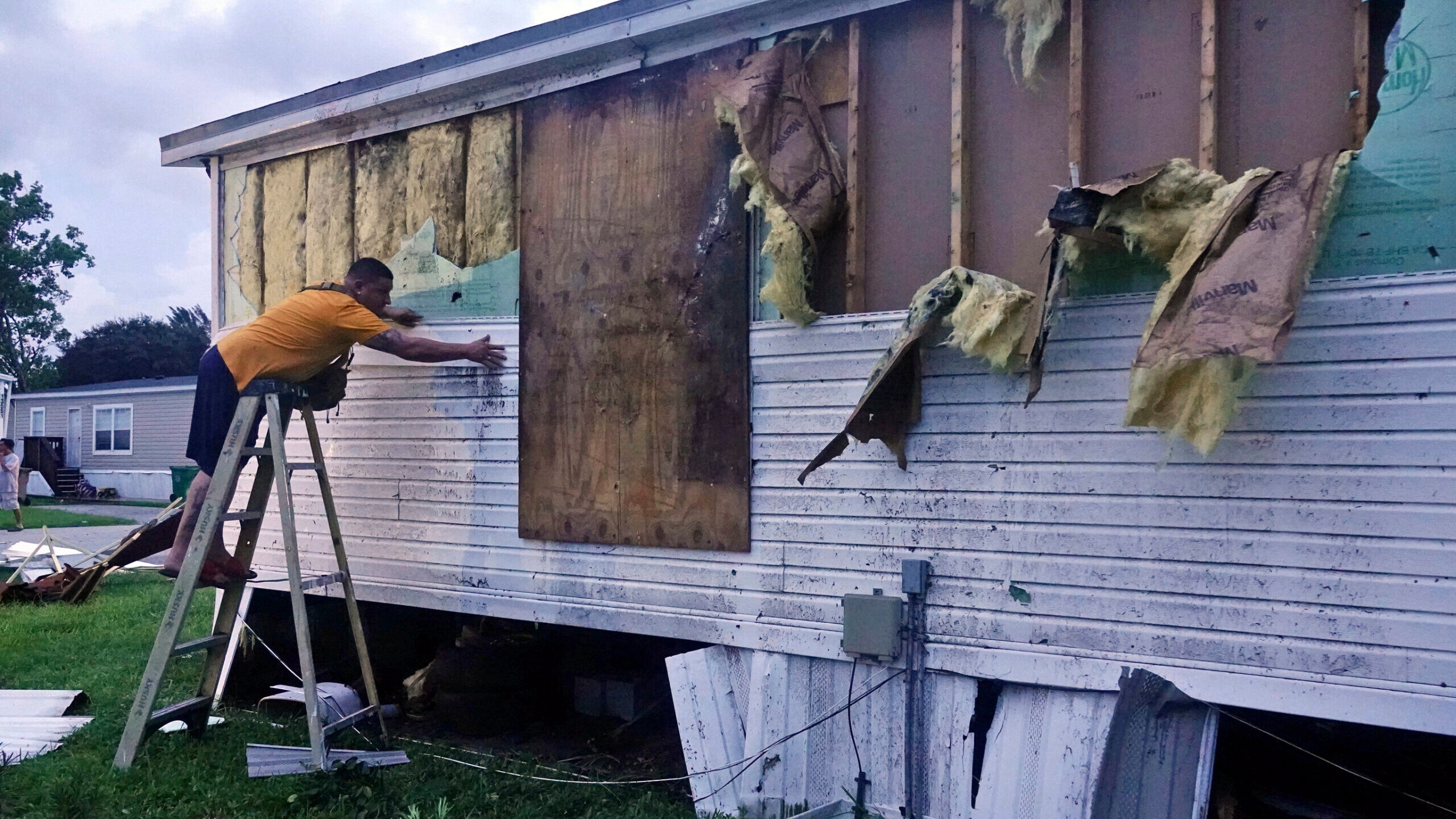 Wednesday morning, maximum wind speeds measured at 155 miles an hour. A storm is classified as a Category 5 at 157 miles an hour.

More than 2.5 million people are under evacuation orders Wednesday as the storm is about to make landfall, with much of Florida now under hurricane or tropical storm warnings.

The storm is expected to make landfall Wednesday afternoon, and windows are already boarded up, businesses closed and planes grounded. The landfall comes a day after the hurricane hit Cuba, and previously hit Puerto Rico, as well as Turks and Caicos. Wednesday morning, the entire island of Cuba was without power.

Travis Tosauer, a former 5 EYEWITNESS NEWS photographer who now lives right where the storm is heading, spoke with KSTP-TV.

“We moved here about a year and a half ago, so this is something that’s new to us. So, we’re a little bit nervous but I think we’ll be okay. I’ve got my wife in the master bedroom, she’s in our closet—which our closet doesn’t have windows—and two walls are concrete,” said Rosauer.

Ian is pushing a storm surge that could cause catastrophic damage along the state’s heavily populated Gulf Coast from Bonita Beach to the Tampa Bay region. Forecasters say the stretch from Naples to Sarasota is at highest risk.

“You box up the stuff that you know you can’t replace—like I have a crate of pictures and negatives here in the hotel room with us… it’s a bit of a slow-moving car crash. You do have time to prepare, which is different and it’s a good thing, but it’s still making some decisions that are tough when it comes to what can I take, and what can I try to put up higher,” said Megan Stockton, who recently moved from the Midwest to Florida.

However, some people were able to fly out early Tuesday, with a few heading to the Twin Cities area.

“Normally—I’ve known my family down there long enough that I don’t typically panic—but when they got worried and they’re like, ‘You need to leave,’ I was like, oh shoot, I really need to leave, and our area in particular, there was a lot of people evacuating. We were in a mandatory evacuation zone as well,” said Kallie Robbins, who fled Hurricane Ian and arrived in the Twin Cities.

According to the National Hurricane Center, a Category 4 storm, which has wind speeds of 130-156 miles an hour, would cause catastrophic damage. The center says some exterior walls could be lost, as well as most of a building’s roof. In addition, power outages could last weeks to possibly months, and the area could be uninhabitable for weeks or months.

Meanwhile the Hurricane Center adds a Category 5 storm would cause total roof failure and wall collapse, with trees and power poles isolating residential areas. Weather officials add most of the area would be uninhabitable for weeks or months.

The Associated Press shows the progression of a hurricane from a Category 1 to a Category 4.

Watch the below video from the National Hurricane Center to see how much damage wind speeds can cause to one building.

In 2004, Hurricane Charley devastated Southwest Florida after taking a similar path that Ian is currently taking.

However, Ian is expected to move much slower than Charley, which means the storm surge is a bigger threat.

Scientists say climate change is making that surge even more devastating due to rising sea levels.

The Red Cross of Minnesota and the Dakotas is sending at least a dozen people to help out in Florida. They’re expected to help with logistics and emergency sheltering, setting the stage for what many expect will be a long recovery.

“The folks from Minnesota come back here, our trucks will come back here, but down there, there will be people working with residents for months, even years, as they start to make their recovery,” said David Schoeneck, a Red Cross volunteer.

CLICK HERE to learn how to help out by donating through the Red Cross.

5 EYEWITNESS NEWS is tracking the storm, and will continue to provide updates on-air and online.