Thursday, Minneapolis Mayor Jacob Frey is set to introduce the members of a work group that will advise him.

Earlier this month, voters approved Question 1 on the ballot, which now shifts the city’s government to a "strong mayor" structure instead of its previous setup. It gives the mayor administrative authority over all departments. The question passed 52.41% to 47.59%.

According to Frey’s office, the work group will be responsible for advising on "the new government structure, community safety strategies, and reform, and inclusive economic recovery."

The group will be co-chaired by Kathleen O’Brien—who served as a council member for Ward 2 for eight years and another eight years as the Minneapolis City Coordinator—and JJ Haywood—who is currently chief executive officer at Pizza Lucé and has also been on the board of the Minnesota Restaurant Association since 2009. 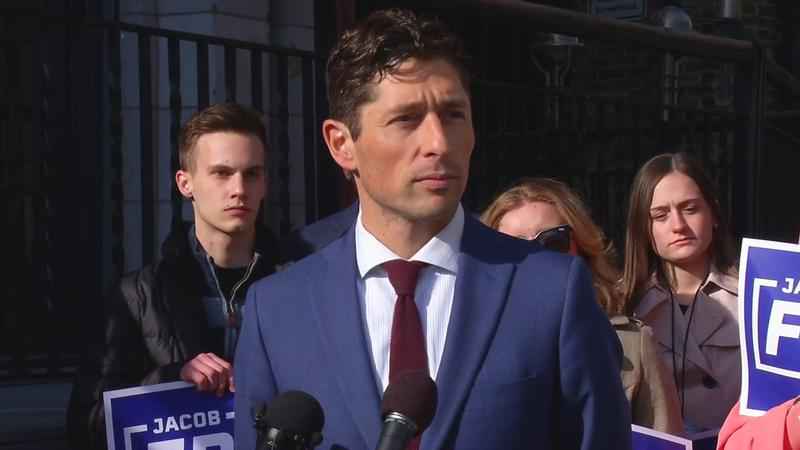 In this file photo, Minneapolis Mayor Jacob Frey speaks after his reelection.[KSTP-TV]

Additionally, O’Brien has held leadership roles at the University of Minnesota, and serves on various boards and committees, including at St. Catherine University and the U of M’s Humphrey School of Public Affairs. After receiving her master’s degree in public policy, Haywood spent 10 years managing business operations in East Coast colleges and universities before serving as Pizza Lucé’s CEO.

Other members of the work group are as follows:

"Minneapolis has a generational opportunity to transform its local government and, most importantly, improve service for every resident in every neighborhood," Frey said in a statement. "The decisions we make in the next several weeks will impact our city for decades to come. By bringing together experts with a broad range of experience, community partners, and a host of leaders with diverse opinions, we are setting the stage for the rigorous research and debate that the important decisions ahead deserve."