A fire Thursday afternoon spread from a shed and badly damaged a home in north Minneapolis.

Firefighters responded to the 3100 block of Upton Avenue North around 2:30 p.m. Crews found a storage shed fully engulfed by flames, which then moved to the adjacent two-story home.

A second alarm was called for additional resources and crews worked to extinguish the flames, which were mostly out by 3:15 p.m.

Fortunately, Minneapolis Fire said nobody was injured in the blaze.

However, the department said the home was deemed uninhabitable and the American Red Cross was called to help the three adults and four children affected. 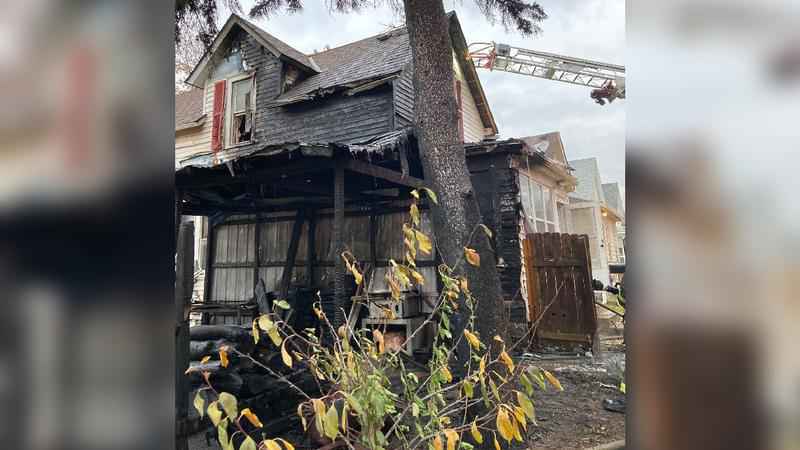 A home is damaged by a fire on Thursday, Nov. 11, 2021.[Minneapolis Fire Department]