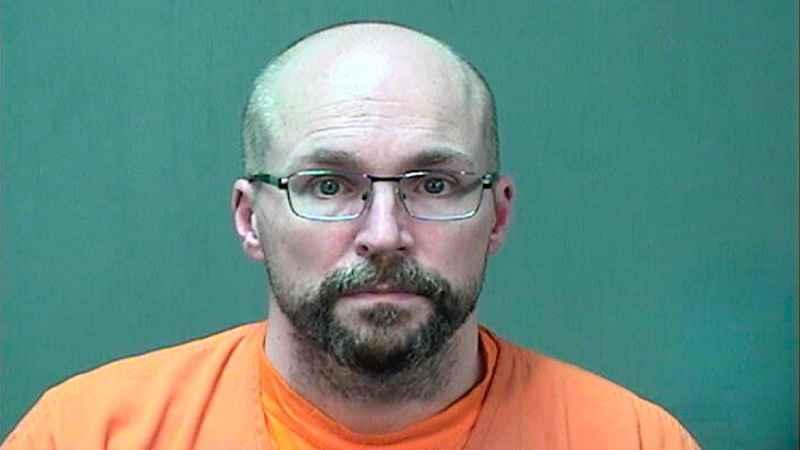 In this booking photo provided by the Ozaukee County Sheriff's Office Monday, Jan. 4, 2021 in Port Washington, Wis. Steven Brandenburg is shown. The Wisconsin pharmacist, accused of intentionally spoiling hundreds of doses of coronavirus vaccine, convinced the world was "crashing down" told police he tried to ruin hundreds of doses of coronavirus vaccine because he felt the shots would mutate people's DNA, according to court documents.[Ozaukee County Sheriff via AP]

A former Wisconsin pharmacist pleaded guilty Tuesday in federal court to charges that he tried to spoil dozens of vials of COVID-19 vaccine.

Federal prosecutors charged Steven Brandenburg, 46, of Grafton, in late January with two counts of attempting to tamper with consumer products. He pleaded guilty to both counts during a video conference with U.S. District Judge Brett Ludwig in Milwaukee.

The charges carry a maximum combined sentence of 20 years in prison and $500,000 in fines. Prosecutors agreed to recommend that Ludwig give him at least three years and five months and at most four years and three months for his guilty pleas. The judge scheduled a sentencing hearing for June 8.

Prosecutors had asked Ludwig to jail Brandenburg until sentencing, arguing in a filing that he holds extremist views, including that the Sept. 11 terrorist attacks were faked, the Earth is flat and vaccines were “of the Devil." He also brought guns in a suitcase to his job at Advocate Aurora Health, they wrote.

His attorney, Jason Baltz, argued that Brandenburg was going through a contentious divorce when he tried to sabotage the vaccine. He’s no longer in a position to tamper with any medication, Baltz said, noting that Advocate Aurora Health fired him in December and state regulators revoked his pharmacist license on Monday. He also has turned all his guns over to sheriff’s deputies, the attorney said.

Ludwig said that holding “crazy” views isn’t a basis for detaining someone, but ordered Brandenburg to submit to GPS monitoring until sentencing and undergo a mental health evaluation.

Police arrested Brandenburg on Dec. 31 as part of an investigation into how 57 vials of the Moderna vaccine were left for hours outside a refrigerator at Advocate Aurora Health in Grafton, a Milwaukee suburb, over Christmas. The vials contained enough vaccine to inoculate more than 500 people.

According to court filings, Brandenburg his position as a third-shift pharmacist at the facility to remove the vials from the refrigerator undetected. He believed the Moderna vaccine was laced with microchips, would render people infertile and would mutate people’s DNA. There is no scientific evidence to support any of those contentions.

Nearly 60 workers at the facility received shots from the unrefrigerated vials before they were discarded. Prosecutors said efforts to determine whether those doses were inert or harmful continue.

Aurora Health Care fired Brandenburg the day before he was arrested.

Brandenburg is also dealing with a state misdemeanor charge of attempted criminal damage to property. He’s set to make his next court appearance in Ozaukee County in March.