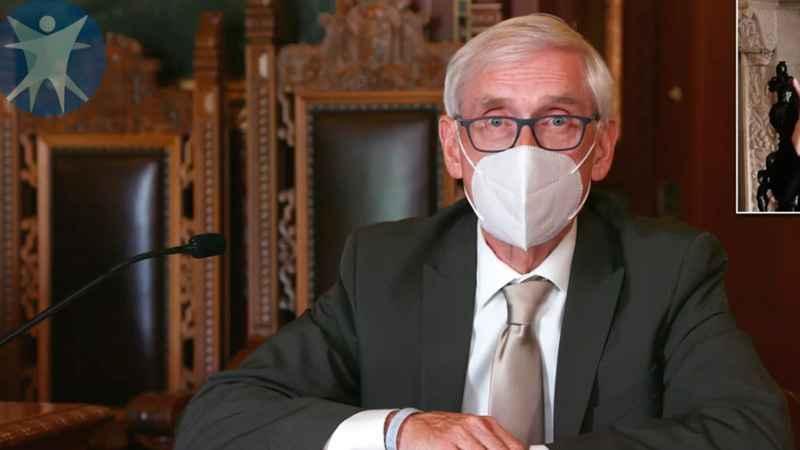 Gov. Tony Evers called on the Republican-controlled Legislature Tuesday to bolster funding for K-12 and higher education and reform both the state’s criminal justice systems, while delivering a state budget with $1 billion in taxes increases and liberal policy priorities that GOP leaders promised to quickly kill.

Evers pitched his $91 billion two-year state budget to the Legislature as a "Badger Bounceback" agenda as the coronavirus pandemic enters its second year.

"I believe we can pass a budget with bipartisan support," Evers said in the pre-recorded speech that played as lawmakers watched from the Assembly chamber. He urged Republicans not to be focused on settling scores "no one but you is keeping" and instead work together.

But Republican leaders were quick to discount the proposal.

"This, to me, looks like it is nothing more than a liberal Democrat from Madison’s wish list," said Assembly Speaker Robin Vos.

Rep. Mark Born, co-chair of the Legislature’s budget committee, said he would work to "jettison" much of Evers’ proposals and Rep. Amy Loudenbeck dismissed his proposal as "political talking point garbage."

Evers wants to increase funding for public and private K-12 schools by $1.6 billion, the largest increase ever, cut taxes for poor families and raise taxes on manufacturers and the wealthy. He also wants to keep a University of Wisconsin tuition freeze in place while increasing funding by $190 million and allowing UW to borrow money to offset losses caused by the pandemic.

"The budget shows that the governor recognizes the value we can deliver to all Wisconsinites, as we have during the COVID-19 pandemic," Thompson said in a statement.

His budget also would increase the legal age to vape or smoke tobacco from 18 to 21; cap enrollment in school choice programs; and allow families of fourth graders to visit state parks for free.

State employees would receive a 2% pay increase in January and another 2% raise in 2023, similar to what they got in the current budget.

His criminal justice overhauls are designed to result in fewer juveniles and adults being sent to prison by largely expanding and changing parameters dictating how people are sentenced and released from confinement. His proposal also calls for treating 17-year-olds as juveniles, rather than adults as they are now.

Evers faulted a previous juvenile justice overhaul package with focusing too much on closing the troubled Lincoln Hills juvenile prison north of Wausau, rather than taking a larger look at reforming the system. His latest plan would still close the current facility and replace it with smaller, regional prisons. Counties, rather than the state Department of Corrections, would have responsibility for juvenile offenders.

The Evers budget is a starting point for Republicans who will now rewrite the plan over the next several months before passing its own version later this summer.

This is the second budget that Evers, a Democrat, has delivered to a Republican-controlled Legislature. Two years ago nearly all of Evers’ proposed policy changes were removed before the Legislature passed a budget plan with nearly unanimous opposition from Democrats. Evers signed it anyway, after making numerous vetoes.

The two-year spending plan would increase state spending by 7.3% the first year, which begins in July, and 2% the second.

There are provisions Republicans are likely to embrace, including no increase in gas taxes and continuation of the UW tuition freeze. Evers is also calling for expanding rural broadband access and creating a $100 million venture capital fund and directing $200 million to small businesses hit hard by the pandemic, areas that traditionally find bipartisan support.

The budget increases taxes over two years by about $1.6 billion and reduces them by about $590 million, for a net increase of around $1 billion. That is largely due to reducing tax breaks for manufacturers and raising taxes on capital gains, two items Republicans have long opposed.

Evers’ tax cuts are primarily targeting poor people. The budget would quadruple the earned income tax credit for working poor families with one child and more than double it for families with two children. That would cost nearly $150 million over two years.