A fire and rescue crew in Duluth saved a 20-year-old woman who was stranded 200 yards out from the shore on Lake Superior over the weekend in what the assistant chief described as an, "incredibly daring and dangerous water rescue."

The incident happened around 4 p.m. on Saturday in the 2800 block of Minnesota Ave. According to the Duluth Fire Department, crews responded to a water rescue call at Point Park Beach and found that everyone else who was swimming with the woman had made it safely back to shore. Two water rescue swimmers from the Rescue 1 unit used a rescue surfboard to help save the woman.

Once back onshore with her, a rescue basket and wheel were used to move her from the beach to a Mayo ambulance at the scene. She was treated and then taken to the hospital for exhaustion.

Duluth Assistant Fire Chief Dennis Edwards said his crew trained for situations like this, and the department had made many equipment upgrades over the last few years for their water rescue program, crediting both in Saturday’s rescue.

"I am incredibly grateful that they were able to save this young woman," Edwards said. 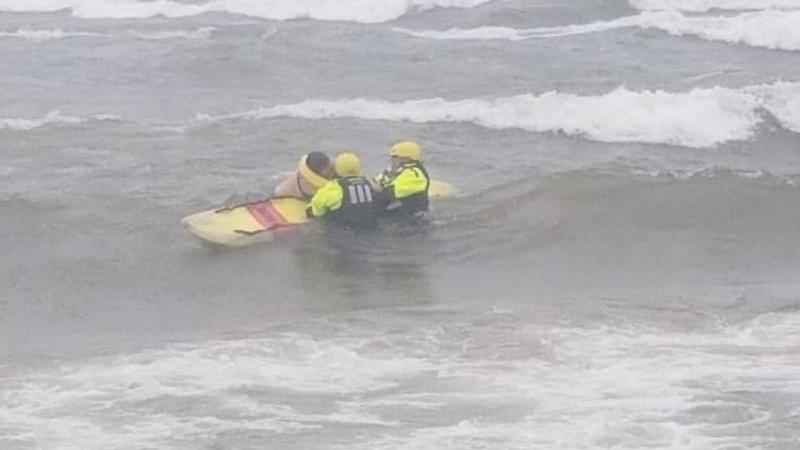 About 45 minutes before the rescue on Saturday, the Duluth Fire Department had issued a warning for dangerous swimming conditions due to a high risk of rip currents at all Park Point beaches. The warning went into effect at 3:13 p.m. Saturday and was extended to 10 a.m. Monday, Aug. 9. Officials asked people to stay out of the water, regardless of their swimming experience.

The Duluth Fire Department was assisted by Duluth Police, the St. Louis County Sheriff’s Office and the U.S. Coast Guard.

When swimming in any body of water, the American Red Cross recommends always swimming with a buddy and going somewhere where a lifeguard is on duty. You can read more water safety tips here.