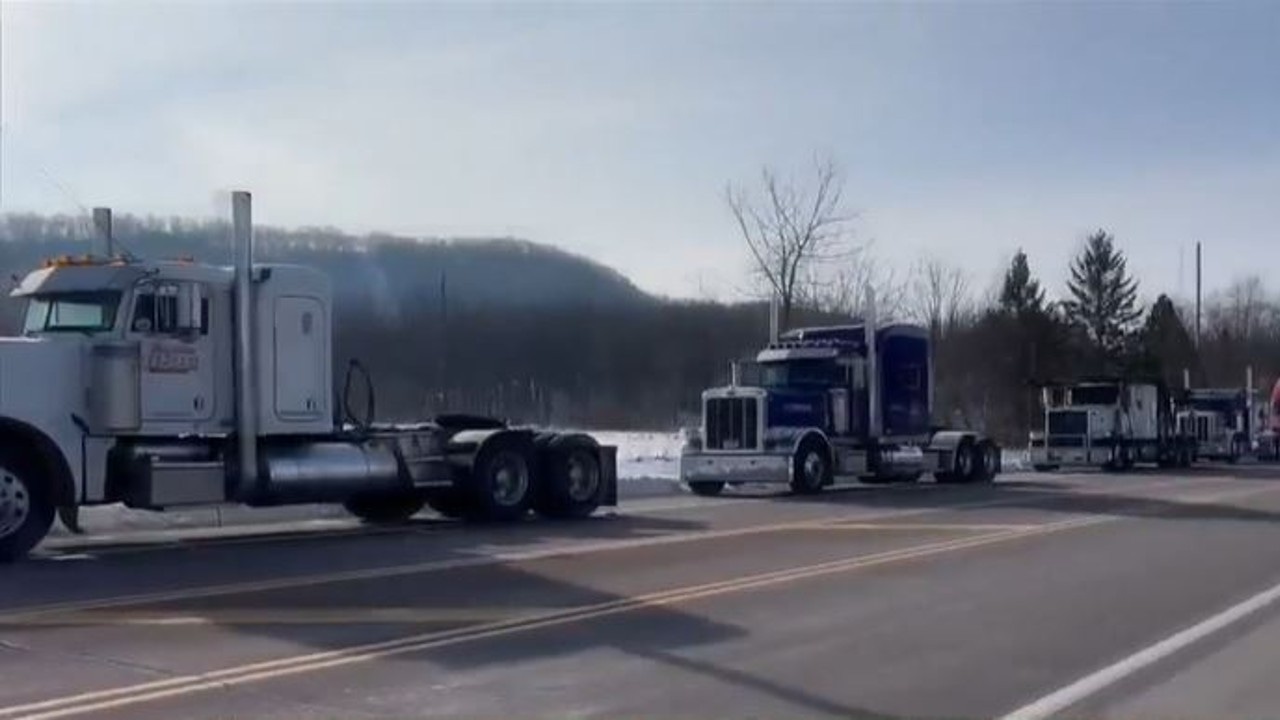 Truck drivers line up to honor a 12-year-old boy killed in a snowmobile crash. Credit: KAAL-TV

As family members and friends gathered this past weekend to remember a 12-year-old boy, semi-truck drivers also lined up outside of a Lake City, Minnesota church.

As previously reported by 5 EYEWITNESS NEWS, Blaze Himle was killed earlier this month during a snowmobile crash in rural Theilman, Minnesota. Authorities say Himle struck a tree while riding the machine and died at the scene.

RELATED: At least 6 people have been killed in snowmobile crashes in Minnesota since the New Year

KAAL-TV, a Hubbard-owned affiliate, reports Himle and his grandfather traveled to California together last summer. Family members say Himle had a huge smile when he climbed into that truck.

In a show of support for the boy who loved semi-trucks, drivers lined up outside First Lutheran Church to honor Blaze and his dream.

“The little bit of what I can do to show my gratitude or show appreciation to the family. It means a lot to them and it’s something easy that every one of us could do,” said trucker Ethan Meyer of Altura, Minn. “It’s one of them where everyone’s a little different, everybody from somewhere else, maybe speaks a different language but at the end of the day, it’s kind of like a family you didn’t know you have.”

KAAL says 82 trucks led the procession, including the one carrying Blaze to his final resting place.