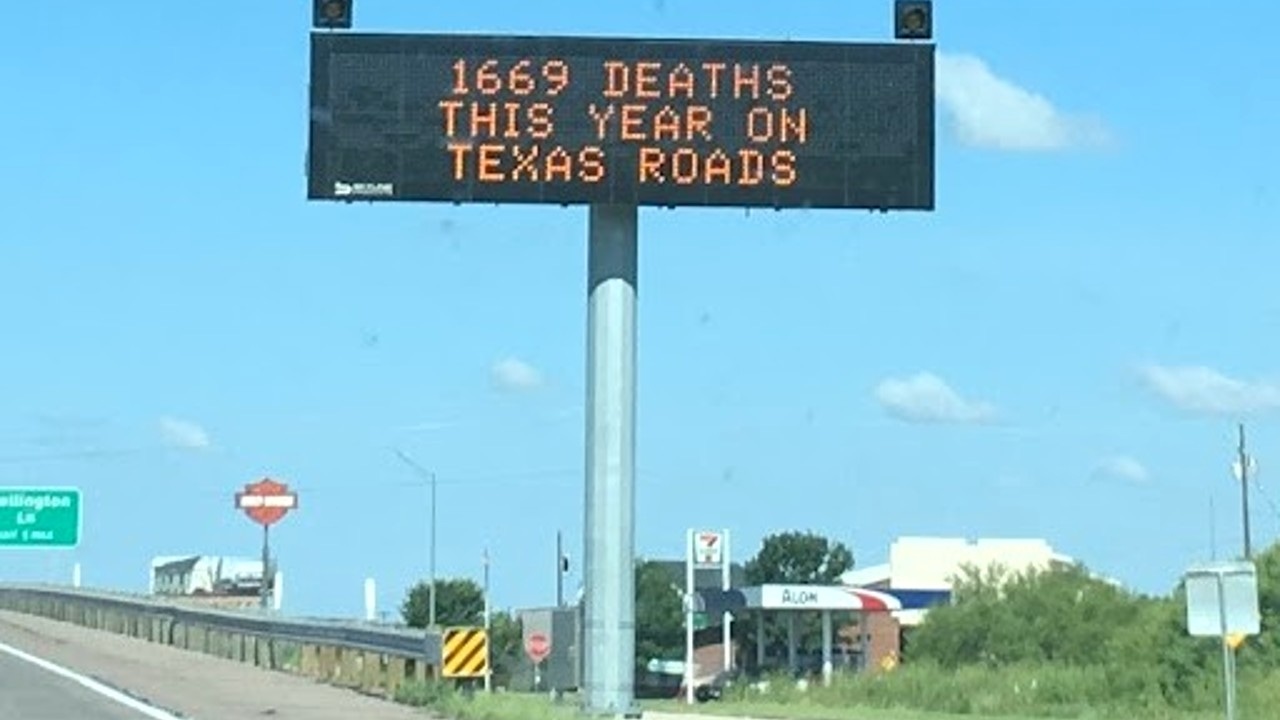 A message board along a Texas highway displays the number of deaths from crashes so far that year. Credit: Jonathan Hall

According to the U of M, the study focused on Texas. Officials would display a death toll message one week per month and examined the weekly differences from before the campaign (January 2010 through July 2012) to during the campaign (August 2012 through December 2017).

The study found the weeks with fatality messages had more crashes than weeks without them, with a 4.5% increase found within the 10 km of the message boards. The researchers say that’s a comparable increase to raising the speed limit 3-5 mph or reducing troopers by 6-14%.

Overall, the study indicated the messages caused an additional 2,600 crashes and 16 deaths per year in Texas, costing $377 million per year.

“Driving on a busy highway and having to navigate lane changes is more cognitively demanding than driving down a straight stretch of empty highway,” U of M Carlson School of Management Assistant Professor Joshua Madsen said. “People have limited attention. When a driver’s cognitive load is already maxed out, adding on an attention-grabbing, sobering reminder of highway deaths can become a dangerous distraction.”

Researchers did note there was a reduction in crashes when the displayed death totals were low and highways were less complex.

At least 27 states use some sort of highway fatality messaging, in various forms, according to the university. The researchers say the study shows state agencies should consider different ways than highway messages to raise awareness.