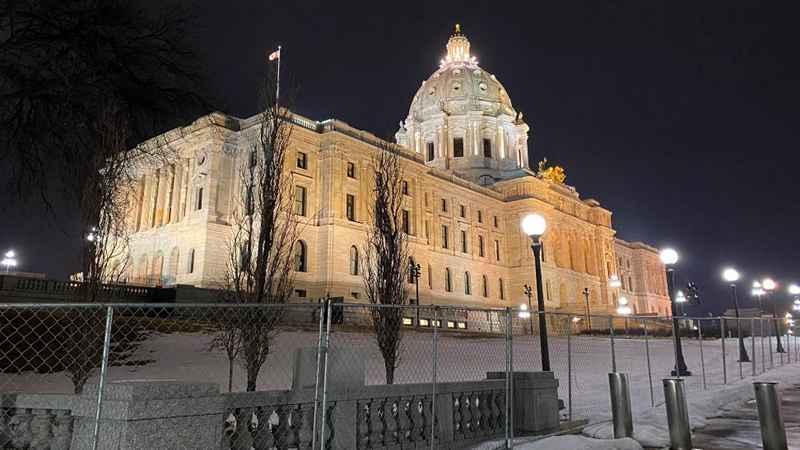 The security fences set up around the Minnesota State Capitol are set to come down, starting Tuesday.

A spokesperson for the Minnesota Department of Administration said crews are set to remove the fence, which is expected to take several days to complete.

Remaining fences at Minnesota Capitol to come down starting June 1

The fence was installed roughly a year ago during unrest that followed the death of George Floyd in Minneapolis.

According to the state, the newer installation of the fence will cost Minnesota taxpayers more than $116,000.