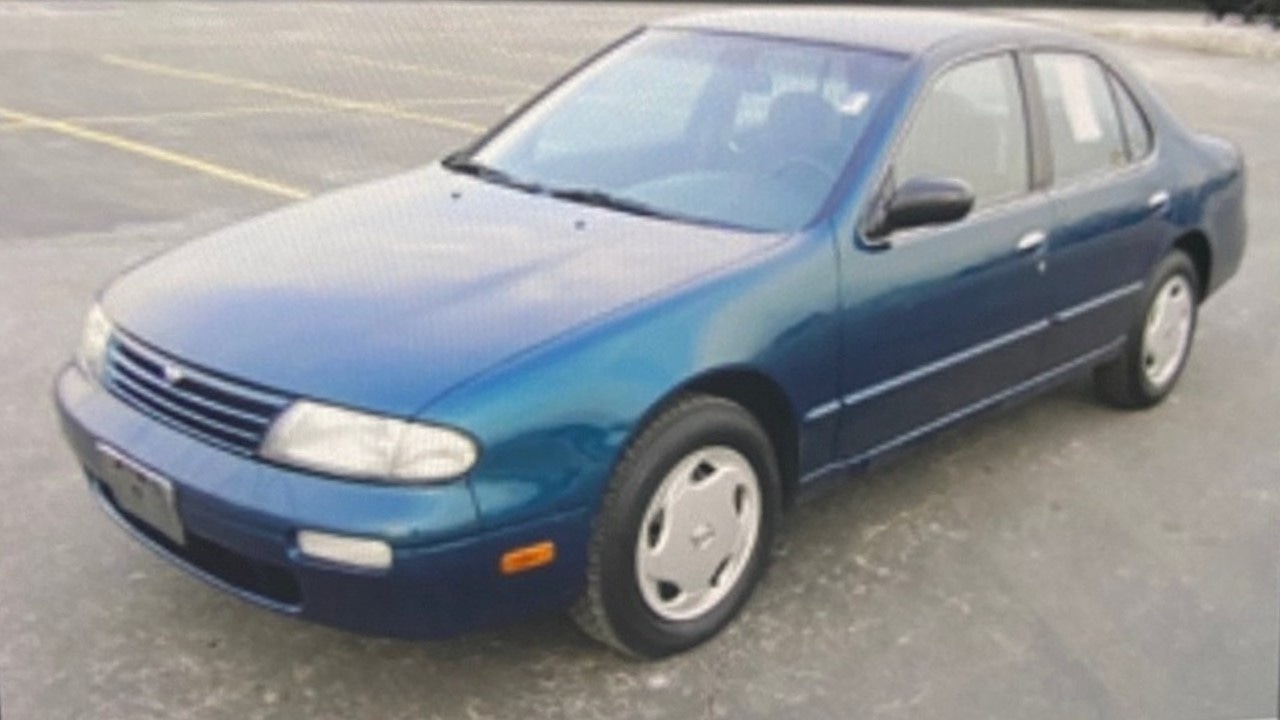 This picture shows a similar vehicle as the one used by a suspect in an attempted kidnapping in Brooklyn Park earlier this week, police say. (Brooklyn Park Police Department)

Police in Brooklyn Park are asking for the public’s help in finding the vehicle involved in an attempted kidnapping earlier this week.

Brooklyn Park police said a citizen reported seeing a man come up to a child waiting for a school bus near Brookdale Drive and Kyle Avenue North at around 6 a.m. Wednesday. The man then tried to get the child in his vehicle and even got out of the vehicle and approached the child, who ran back home to safety.

According to police, the suspect was driving a blue, 1990s model Nissan Altima that had rust above the front and rear quarter panels and on the front fender. The picture below shows a similar vehicle for reference.

Officials previously said the child described the man as being Hispanic, in his mid-50s, with a light beard and a bald head.

The department says it has also arranged for extra police patrols and squads during morning and afternoon bus pickups, and has been working with school district security personnel.