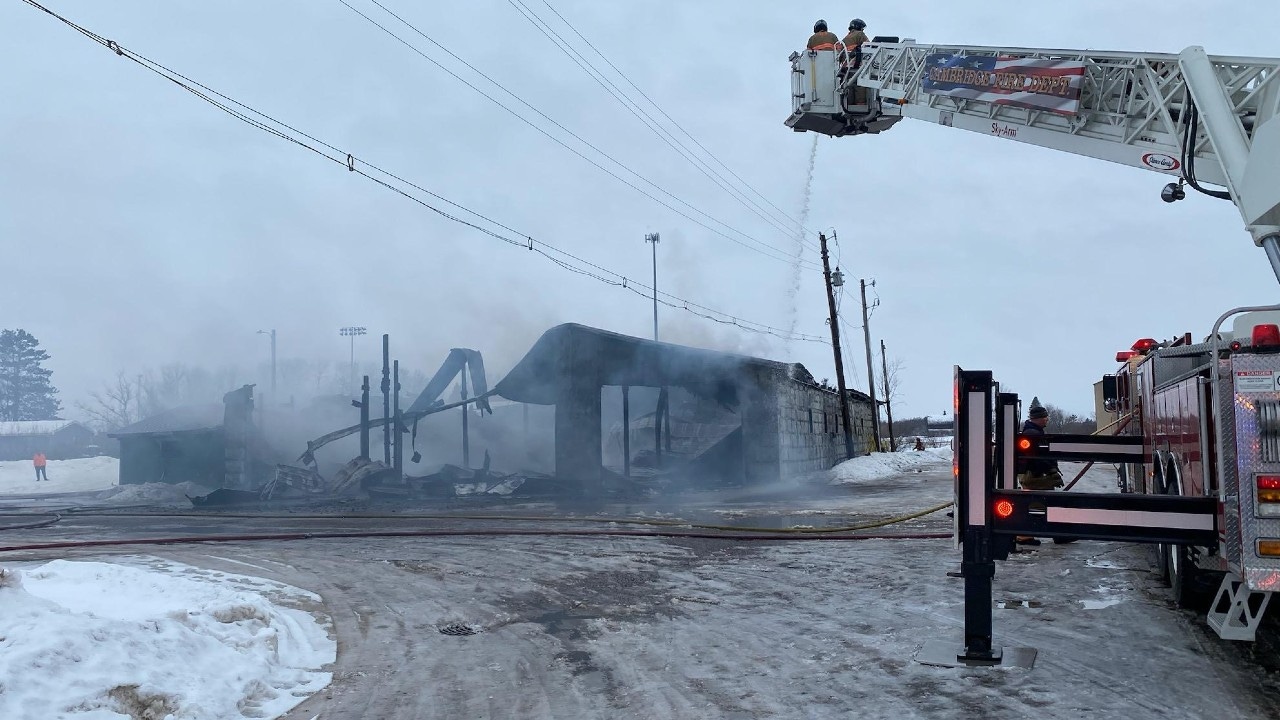 A fire inside the Braham school bus garage Tuesday morning destroyed three buses, according to the Isanti County Sheriff’s Office.

First responders got the 911 call just after 8:50 Tuesday morning. They then saw visible flames from outside the building and requested mutual aid from Cambridge and Mora fire departments.

No one was inside the building during the fire, according to the sheriff’s office. Multiple explosions were heard as firefighters got the flames under control.

The fire was knocked down later in the morning. The sheriff’s office said that crews are still at the scene to monitor for hotspots.

One firefighter was treated at the scene for exhaustion but is expected to be OK, officials say.

Braham Area Schools said in a Facebook post that transportation services for the district will proceed as normally scheduled, but there might be slight modifications with the types of vehicles used.

A city official said that two employees were able to save two school buses from the blaze.

This is a developing story. Stay with 5 EYEWITNESS NEWS for the latest updates.